In less than 24 hours Phill Homere will make his game-day debut as the new head coach of Duluth Denfeld boys basketball. With the Hunters notching just five wins the last two seasons, Homere is focusing on changing their mindset beyond the buckets.

"Right now I just want to be above 500, and then I want to motivate these guys to be successful in the classroom. That seems to be something we struggle with. We keep having a talented team, but we drop numbers because guys are not eligible. I feel like if I can push these guys to be the best they can be in the classroom, everything on the court is going to work itself out" stated Coach Homere.

Denfeld returns ten seniors this season as they open things up at home Saturday. Tip-off against North Branch is set for 1pm. 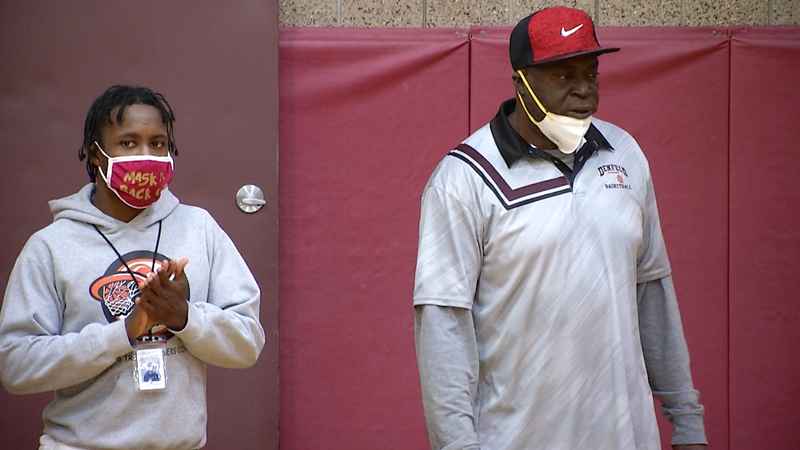 Phill Homere (Left) is gearing up for season opener.[WDIO/Alicia Tipcke]