The North Shore PeeWee B1 hockey team donated thousands of dollars in supplies to the Lake County Animal Shelter Tuesday.

The 11 boys combined from Two Harbors and Silver Bay skated a 5K marathon for a fundraiser in December where they raised $4000 and they chose to donate 50% of their earnings to charity.

The donated items were all purchased from local businesses.

The boys were able to get something for themselves as well with the extra fundraising money and bought tickets to a Minnesota Wild game. 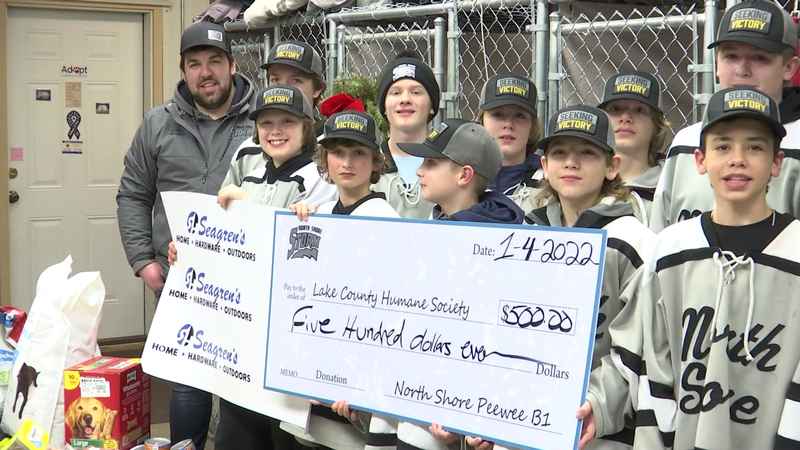