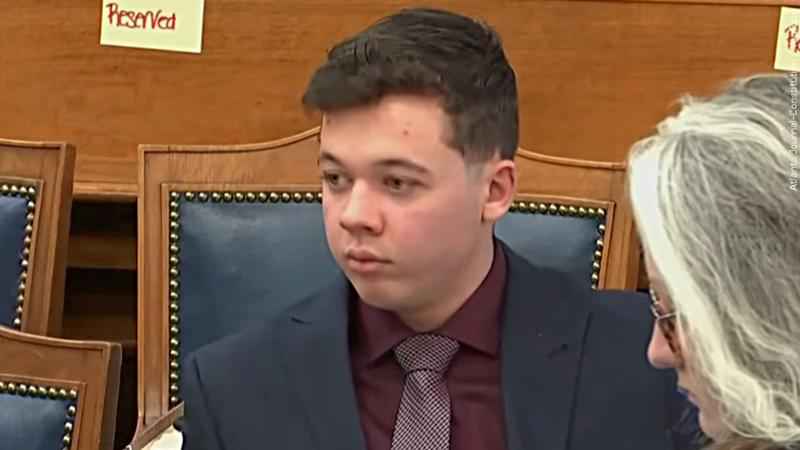 Kyle Rittenhouse, an Illinois man charged with homicide after he fatally shot two men and wounded a third during street protests in Wisconsin[Atlanta Journal-Constitution / YouTube ]

KENOSHA, Wis. (AP) — Prosecutors have rested their case against Kyle Rittenhouse after 5 1/2 days of testimony in which they sought to portray him as the instigator in the shootings that left two men dead and a third wounded during street protests in Kenosha, Wisconsin.

A forensic pathologist says the first man killed by Kyle Rittenhouse during a night of turbulent protests in Kenosha was shot at close range of just a few feet and had soot injuries that could indicate he had his hand over the barrel of Rittenhouse’s gun. But Dr. Doug Kelley from the Milwaukee County medical examiner’s office testified Tuesday that it was unclear from video footage whether Joseph Rosenbaum was grabbing for Rittenhouse’s gun or trying to swat it away.

His testimony came after the jury at Rittenhouse’s murder trial watched drone video that showed Rittenhouse wheeling around and shooting Rosenbaum at close range.

Prosecutors used extensive video and witnesses, including two former military veterans who were on the streets alongside Rittenhouse, in a bid to convince the jury he was the aggressor.

But some of the witnesses also offered testimony that seemed to bolster Rittenhouse’s claim that he acted in self-defense.

The 18-year-old Rittenhouse faces life in prison if convicted on the most serious charge.