Outpouring of love and support for "Two-Million Dollar Baby"

Zach & Megan Schneider welcomed their daughter Emerson Joan, or Emmy Jo, into this world on September 22, 2021, 2.5 months early at only 28 weeks 6 days gestation.

The Schneiders have spent the past 7 months traveling between Duluth and Children’s Hospital in Minneapolis and the Mayo Clinic in Rochester where Emmy has received extensive medical care.

Emmy struggles to breathe as her airway collapses, she cannot swallow, and requires oxygen, a feeding tube, and suctioning frequently.

“We somewhat joke she’s a $2 million baby at this point between the expenses that we’ve incurred for the travel and the meals and the medical bills between Children’s Hospital and Mayo Clinic and essentially all the specialists that she needs to see, she might be closing in on $3 million baby at this point,” said Zach Schneider. “So, it’s amazing, you know, nights like tonight to help with that insurance that we’ve had, the support that we’ve had. She’s an expensive baby, but she’s worth every penny.” 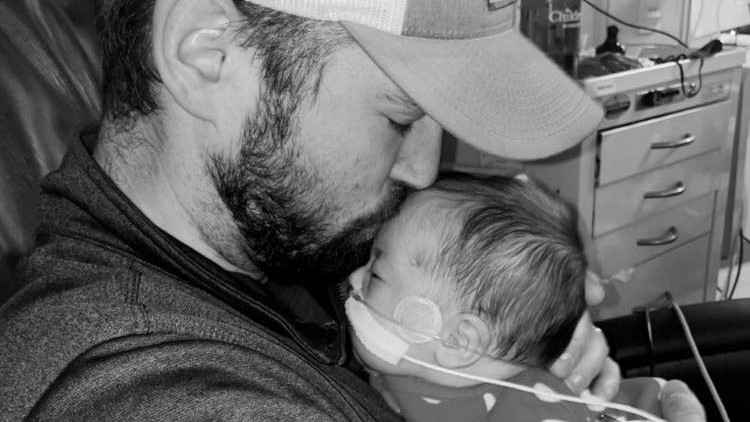 More than 200 people came out to the silent auction to show their support, an outpouring that the Schneiders said left them speechless.

There is also a GoFundMe where people can donate.