Officials: Many migrants from border staying in U.S.

At a bus stop under the brutal southwest Texas sun, a sense of relief for this group of Haitian migrants.

Mackenson Veillard spent a week camped out under the international bridge in Del Rio, Texas, before he was released into the United States with his wife who is seven months pregnant.

"My dream is, like you know that, to live a better life," Veillard said. "A young guy like me cannot realize my dream at Haiti."

While some are being deported back to Haiti or sent to detention centers, others have been released here in Del Rio, despite the Biden administration’s insistence that the thousands waiting in the camp would face immediate expulsion.

At the Val Verde Humanitarian Border Coalition on Wednesday, a steady stream of migrants were being dropped off after being processed out of the camp. This non-goverment organization – the only one assisting migrants here in Del Rio – is feeling overwhelmed. 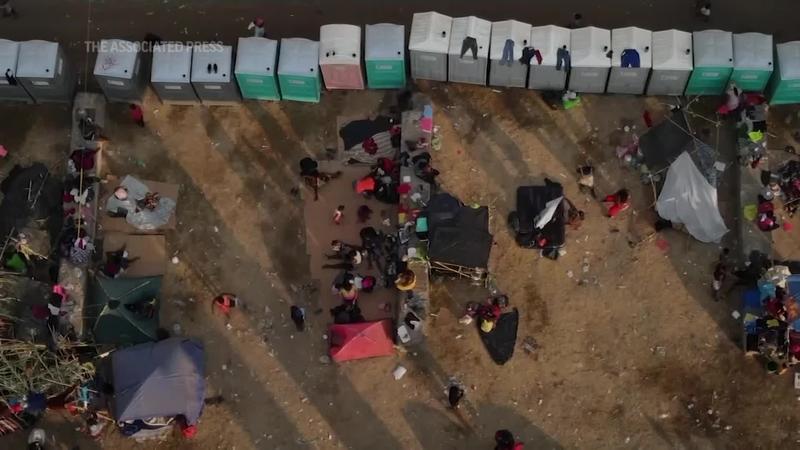 "There will be a point where the numbers are so high that we just work with what we can in this moment right now," said the coalition’s Tiffany Burrow.

Drone video shows the population of the camp – which stood at more than 14,000 over the weekend – continues to decrease. But U.S. officials have declined to say how many have been released in the country.

Many of these migrants will get on buses bound for family members living across the country where immigration court dates have already been scheduled for some.

But with his dream of living in the United States realized, Veillard still takes nothing for granted.

"I don’t know how I’m going to feel tomorrow but now I feel lucky," he said.