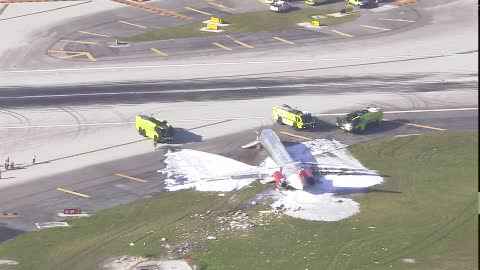 A plane caught fire at the Miami airport.[ABC News]

Officials say the plane was carrying 126 people, and that three of those aboard were taken to a hospital with minor injuries. Other passengers were bussed from the plane to the terminal.

Fire officials say crews had placed the fire under control and were mitigating fuel spillage.