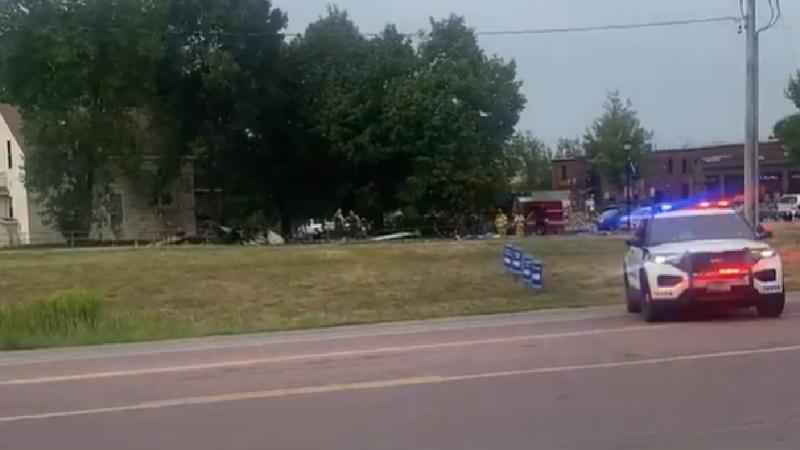 VICTORIA, Minn. (AP) – The federal agency investigating the crash of a single-engine plane in a small southeastern Minnesota city says three people were killed when it crashed and burst into flames.

A relative has identified the three people killed as a surgeon from Omaha, Nebraska, and two of his family members from Wyoming.

Jo Mertes, of Mantador, North Dakota, told the Star Tribune Sunday that her nephew, 42-year-old Jacob Mertes and his 37-year-old wife, Sara Mertes, of Libby, Montana, died along with her nephew’s 72-year-old stepfather, Dr. James Edney, who was piloting the plane.

Officials said there were no survivors.

The Federal Aviation Administration said the plane was flying from Alexandria Municipal Airport to Eden Prairie’s Flying Cloud Airport before 6 p.m. Saturday when it went down and burst into flames in Victoria, a city of 7,300 about 25 miles southwest of Minneapolis.

The blast ignited a fire at a house adjacent to the lot, but officials say none of the people in the home were injured.