Nowhere for the snow to go

As a homeowner, snow removal is important for those who live in the City of Duluth. When it’s not removed from problem areas around town, like sidewalks, getting around can become dangerous.

In some parts of the City, built-up snow can be dangerous if not cleared. Volunteers have been called on to clear out those difficult spots.

After multiple rounds of snow in February, banks have continued to grow. Now, some residents are calling on the City for help.

Along Woodland Avenue, sidewalks are packed down, and residents have been doing their best to keep the walkway clear. One Duluth resident reached out to the City Council over concerns about a recent citation he was given.

“Every bit of snow that the plows have removed from the roads ends up directly on the sidewalks, and the homeowners are then responsible for moving it back," said Duluth resident, Dave Pagel. 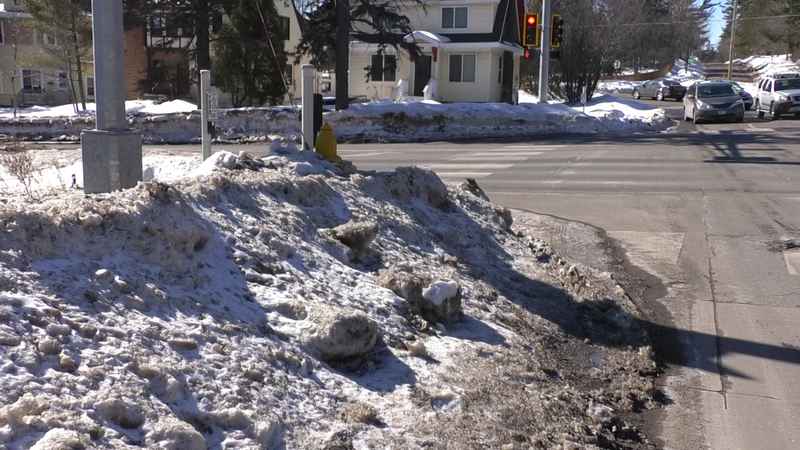 In some parts of the City, built-up snow can be dangerous if not cleared. [WDIO, File]

Pagel wants to work with the City to keep sidewalks free from ice and snow. As for his complaint to the City, the situation has been resolved as of Thursday afternoon and plow trucks were out moving big piles of snow and ice Thursday morning.