Minnesota prep football seasons kickoff on Thursday and Friday. However it was just about a week and a half ago when Nighthawks at Northeast Range learned their team was folding.

Then last Monday they learned they were transforming into Timberwolves.

It was on August 23rd that the Minnesota State High School League (MSHSL) approved a co-op between the Ely and Northeast Range football teams.

The Nighthawks numbers dropped from 23 last season to 11, too low to field a 9-Man team. So they turned to the Timberwolves, their co-op partners in baseball, hockey and more.

The move means Ely will get bumped up to 11-Man for the playoffs, but will stay in 9-Man for this regular season since their schedule was already set. 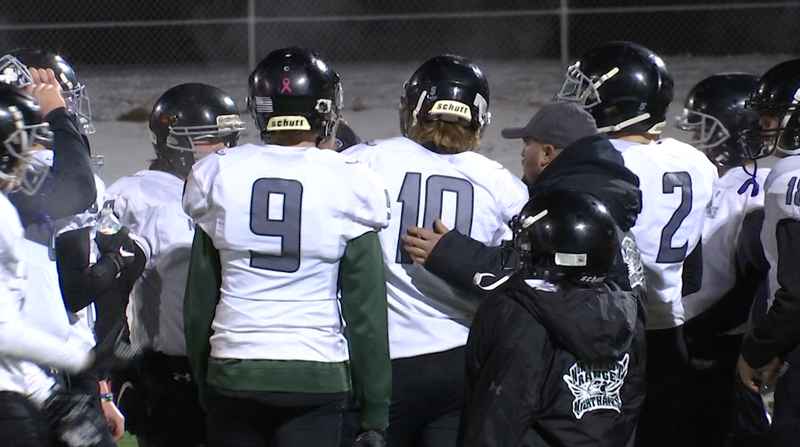 By making the move official with under two weeks before their season opener, it’s been a bit of an 11th hour adjustment for Ely’s first year head coach Louis Gerzin.

"Attitudes have not been a problem at all, so it’s just getting them caught up strategy wise," Gerzin explained. "Make sure that they’re looking at the playbook, studying that just so that transition is as easy as possible for them and for us.

The team will operate as the Ely Timberwolves, and will kickoff their season Friday hosting Carlton.