No injuries when vehicle and train collide in Superior

Officials on the scene tell WDIO News there were no injuries when a vehicle and a train collided in Superior.

The collision happened around 9:45 a.m. on North 12th Street between Poplar Avenue and Elm Avenue. Police say the 80-year-old driver of the SUV was evaluated by medical personnel and it was determined there were no injuries.

The train remained stopped while police were on the scene, with the train extending south and blocking Belknap Street (U.S. Highway 2).

A WDIO photographer observed a long traffic backup on Belknap continuing after 11 a.m. Police issued a news release thanking those who were affected for their patience and cooperation.

The incident remains under investigation. 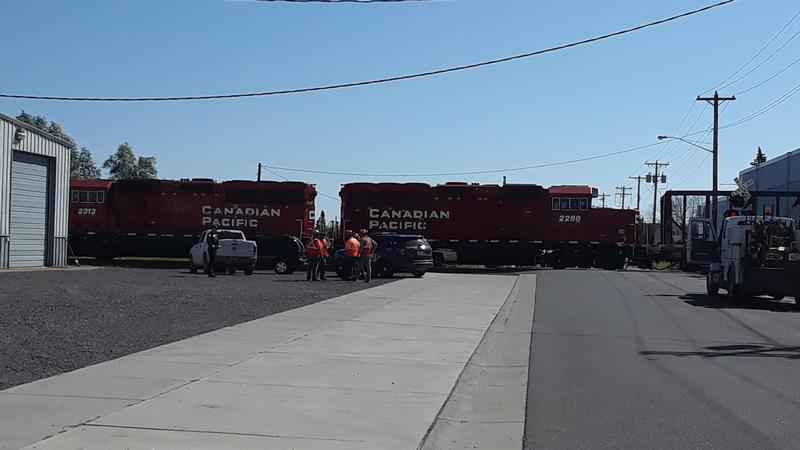 Police investigated a vehicle-train collision in Superior on Monday.[WDIO-TV]