The No. 7 University of Minnesota Duluth (UMD) men’s hockey team was at home Friday night hosting Miami of Ohio.

UMD coming into the game had beaten the Redhawks in their last seven meetings.

There was no score in the first period, but in the second it was a Hermantown connection between Darian Goetz, and Blake Biondi that would break the ice. 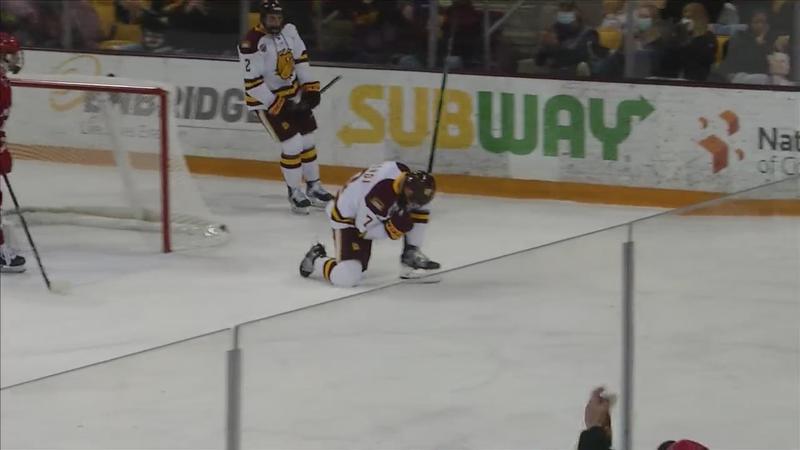 "Emotions are all over the place," Gilling said. "It’s a great feeling, a little weight off the shoulders. Obviously that’s something I was looking for coming into the weekend, so it’s a great feeling to get that and even better for the team to get the win."

The series finale is set for Saturday at 7:07pm at AMSOIL Arena.