While another a chance at making another NCAA Frozen Four trip is months away, a postseason style weekend is coming up for the fifth ranked Bulldogs. This weekend they will host the Ice Breaker Tournament for the second time in five years.

"It’s the same kind of deal as you get in the tournament. You do a little prep because you’re not sure who you’re playing the next day, but it’s very similar and I think it is a good similar test as to hopefully what will come later in the year," head coach Scott Sandelin said.

Sophomore forward, Hermantown native, Blake Biondi added, "it’s a great challenge for us because we obviously want to be there at the end, want to be in that final four, and these are one of the top four teams in the country. It’s a good test for us for sure."

The Ice Breaker tournament was scheduled to be held at AMSOIL Arena last season, but had to be postponed due to the pandemic. This time around top ten teams in No. 1 Minnesota State University, Mankato, No. 3 University of Michigan, and No. 10 Providence College will make the trip. 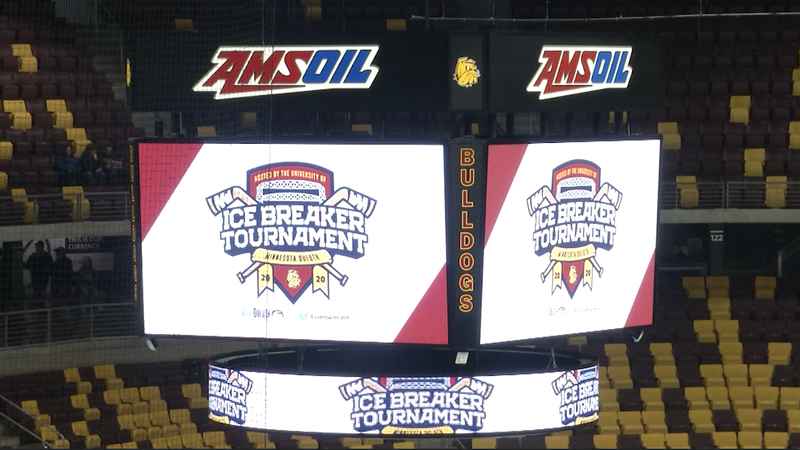 Mankato and Providence will get things started Friday at 4pm, then UMD and Michigan will faceoff at 7:37pm. Winners of the two matches will play each other Satuday at 7:37pm, while the losers will battle at 4pm. For the schedule, click here.