When teams are skating through as great of a season as the 12-4 Duluth Denfeld boys hockey team, it can be easy to focus on hockey and hockey alone.

However the Hunters are not only ranked fourth in the state in Class A on the ice, they’re one of the top three contributing schools in the Minnesota Hockey Fights Cancer campaign.

"It’s awesome," senior forward Connor McClure said about Denfeld’s contributions. "I know a lot of guys on our team have lost grandparents, close ones, to cancer, personally I have too."

"It’s a big disease, obviously we know there’s not a cure and every single person here wants to kind of fight for that. For the people who might want to be able to attend our games but that can’t," senior goalie Austin Wick said.

With just under 10 weeks remaining the competition continues to grow. Get your team, association, high school or any other hockey organization in the fight at https://t.co/n3LaO9bD03.@LakevilleHockey @CCHA_Hockey @RAHA_Hockey @EVYouthHockey @mshlamhockey pic.twitter.com/HN4p39TLuL

There are under ten weeks remaining in the friendly fundraising competition. Founded in 2018, the organization’s mission is to build awareness and raise funds to support those fighting cancer. 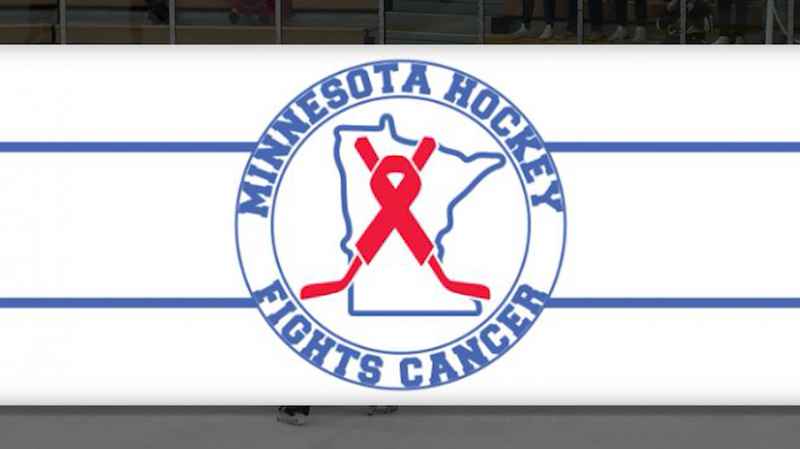 "It’s huge," senior forward Simon Davidson said. "Everybody’s got family, friends that are fighting against cancer and just any support that we can offer anybody, any help around the community, it’s always important to do your part. I think that’s our biggest thing, you just feel that support around and you want to help out also."

The busy Hunters hit the road Friday night to face off in Warroad at 7:30pm.