Wilson, a sophomore from Superior, was named the UMAC’s Offensive Player of the Week in women’s soccer on Monday. She tallied five points over the weekend, including an overtime game winning goal against Edgewood College on Sunday.

She is among three Yellowjackets to earn the honor this week.

Cloquet native Derrick Moe was named the UMAC men’s cross country Runner of the Week, and Eveleth native Cody Stanisich earned the honor of men’s golf Player of the Week. 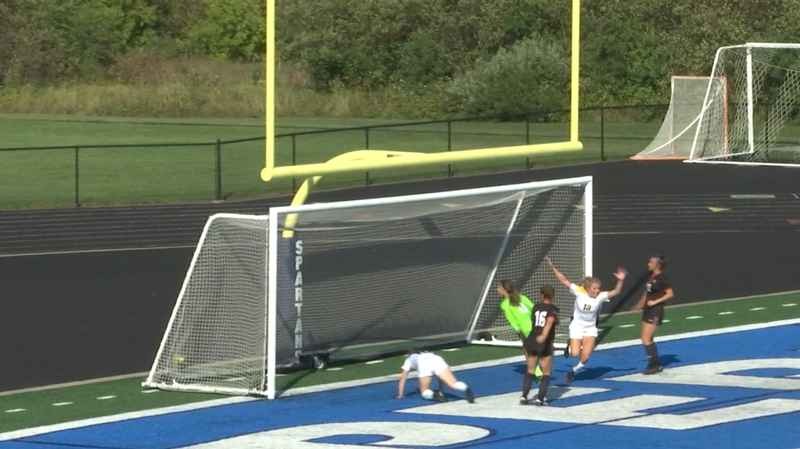 Niya Wilson (13) scored the OT game-winner for UWS against Edgewood Sunday in Superior.[WDIO]