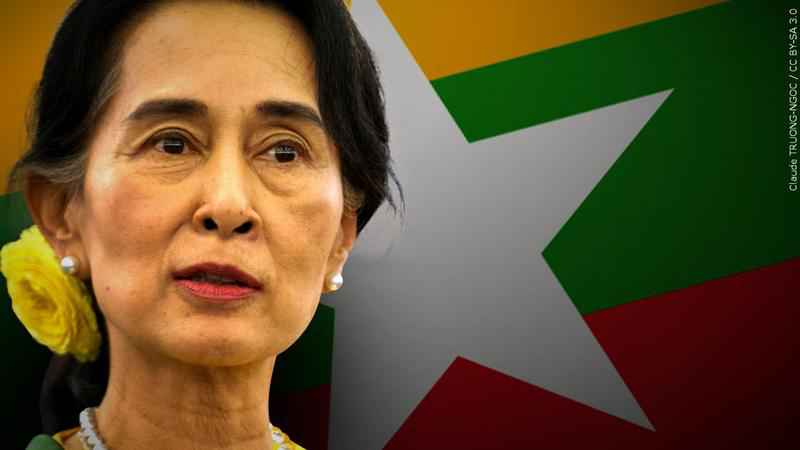 BANGKOK (AP) – Myanmar’s Aung San Suu Kyi was convicted of incitement and another charge and sentenced to four years in prison.

The civilian leader was ousted in a de facto coup this year.

Her trial has been widely criticized as yet a further attempt by the country’s military rulers to roll back the democratic gains of recent years.

It also serves to cement a dramatic reversal of fortunes for the Nobel Peace laureate, who spent 15 years under house arrest for resisting the Southeast Asian nations’s generals but then worked uncomfortably alongside them when they promised to usher in democratic rule.

Monday’s verdict is the first expected in a series of cases against the 76-year-old Suu Kyi, who was arrested when the army seized power on Feb. 1.