Musicians, passionate about the environment, called for a stop to the Line 3 Pipeline at a "Water is Life" concert held in Bayfront Festival Park Wednesday.

“These bands here—myself included—are donating our time, playing for free because we believe in this so much,” David Huckfelt, a musician from David Huckfelt & the Unarmed Forces said.

The lineup included a number of big name artists from near and far, including Bon Iver and Hippo Campus.

"We have five time zones covered with this festival—artist wise," Huckfelt said.

All proceeds from the show will go towards Honor the Earth—an Indigenous women-led non-profit working to protect water in Lake Superior and beyond. 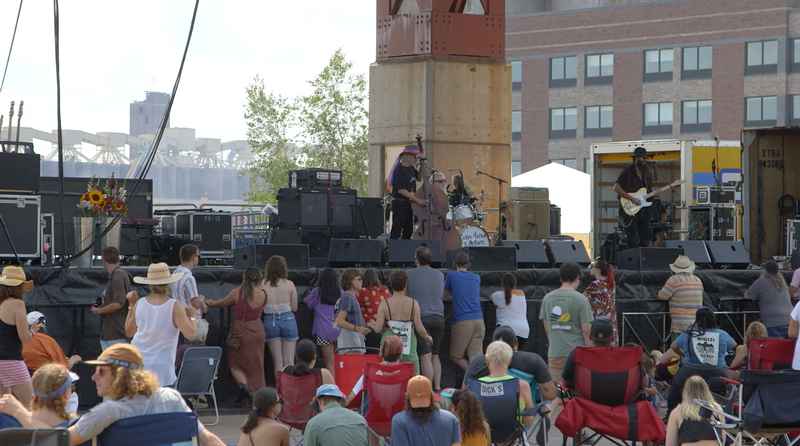 “This is a fifth of the world’s water and we’re in the worst drought in the history of the state of Minnesota so I’m all for protecting the water because we aren’t making new water,” Winona LaDuke, a musician from Corey Medina & the Brothers and founder of Honor the Earth said.

The cause behind the concert is what some guests said brought them out all the way from the Twin Cities.

“I know that just saying things and posting things isn’t enough and actually showing up and being present is going to be more effective for our community,” Thalia Anderson, a guest said.

“I think it’s great that people are putting their money where their mouth is as well,” Beatriz Kelly, another guest added. “Its overall an amazing event.”

Enbridge said in a statement that they “recognize the rights of individuals and groups to express their views legally and peacefully.” Adding that — “Enbridge has demonstrated its commitment to addressing climate change with real action to lead the transition to a lower-carbon future.”

According to Enbridge, state regulators found that denying the pipeline would not have reduced the demand for crude oil, which would instead have to be shipped on rail or through the old pipeline.