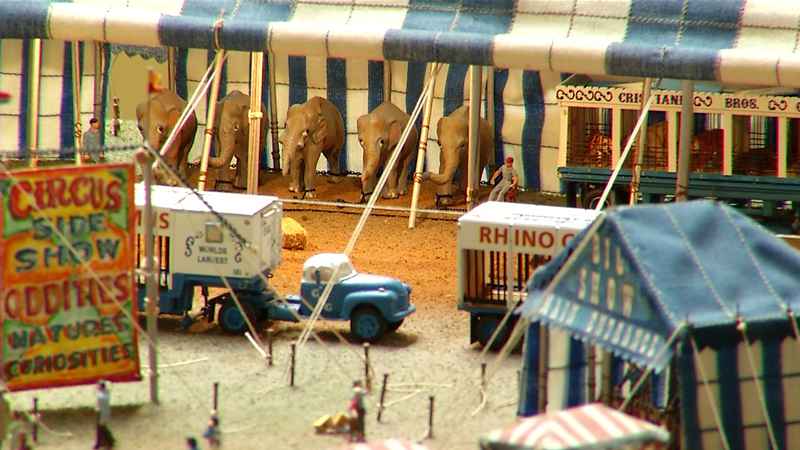 The national convention of the Circus Model Builders began Monday at The Depot in Duluth, and their works are on display for all to see through Friday!

Joe Rauenbuehler, the Circus Model Builders’ national convention committee chair, said they have 25 displays by people from 15 states, including builders from as far away as California and New England.

"A lot of it is scratch built, there are no – at least anymore – there are no kits available," Rauenbuehler said.

Rauenbuehler, who is one of the group’s younger members, says many of the builders are recreating things they remember from their youth.

"The other guys grew up in the heyday of circuses travelling the country via truck or train, so they saw it and they wanted to build a model of it. Much like model railroaders deal in model trains, we deal in model circuses," he explained.

Some of the displays are exact replicas of how a circus would have appeared during a particular year. Rauenbuehler said, "The detail that some of these guys go into is incredible!"

Viewing of the circus model displays is included in regular admission to the Lake Superior Railroad Museum. The museum is open daily from 10 a.m. to 6 p.m.

Buffalo Bill Cody’s Wild West Show will also be at the museum on Tuesday and Wednesday, and the Shrine Circus Clowns will be there on Friday.