Mike Eldred, a sales professional in the Minnesota printing industry, said he has received a number of inquiries from clients for fake vaccination cards.

“It’s a whole new world for us,” Eldred said.

Eldred said the inquires concern him not only because they are illegal, but also because he believes that a vaccination card would be easy for the average person to replicate.

“It’s very, very easy to replicate legal documents with the technology that’s out there, with the digital capabilities and the scanning and all that,” Eldred said. 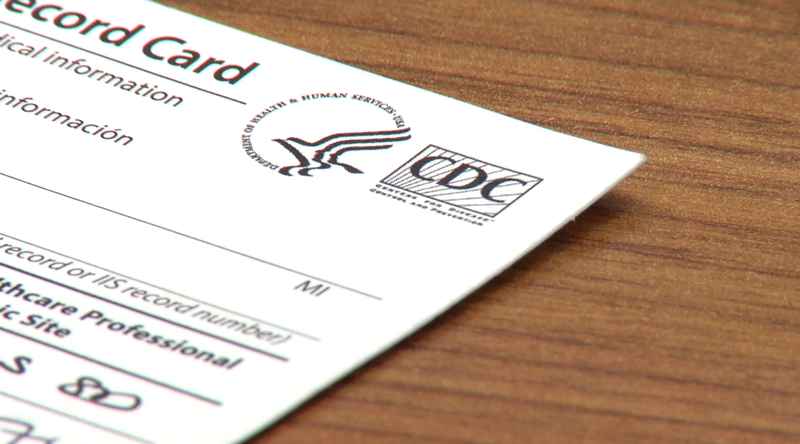 To prove his point, Eldred recreated a fake vaccination card in just 15 minutes that looked nearly identical to an original.

The Minnesota Department of Health said that they are aware of people creating fake vaccination cards and taking it very seriously.

“When we hear about fraudulent use—either developing fake cards or creating fake cards, we do report that to the office of the inspector general and it’s taken very, very seriously by the federal government,” Kris Ehresmann, Infectious Disease Expert for the Minnesota Department of Health said.

Eldred said he would never compromise his company’s integrity by creating a fake vaccination card for anyone.

“It would be unethical,” Eldred said. “It’s just not worth it, it really isn’t.”

As the pandemic continues, he hopes health officials come up with more secure ways to check someone’s vaccination status, such as, digitally.

“With another strain coming through, I think it’s going to be more highly regulated and watched,” Eldred said.