Grandma’s Marathon holds a special place in the hearts of many runners.

That includes Larry McNichols. He ran his first ever marathon at Grandma’s over four decades ago and is about to run his 100th on the very same course.

His first time running the unique lake-side course was in 1979, Grandma’s third year in operation.

"I had a friend at work that wanted to get in shape to go skiing, and he talked me into running over the noon hour with him. We started with some 10k’s and then somebody said, ‘Well, there’s a marathon up in Duluth, let’s go do that,’" said McNichols.

Since then, Larry has ran around 3 marathons a year. Though he’s experienced many different courses across the country, Grandma’s continues to be the most special for him. 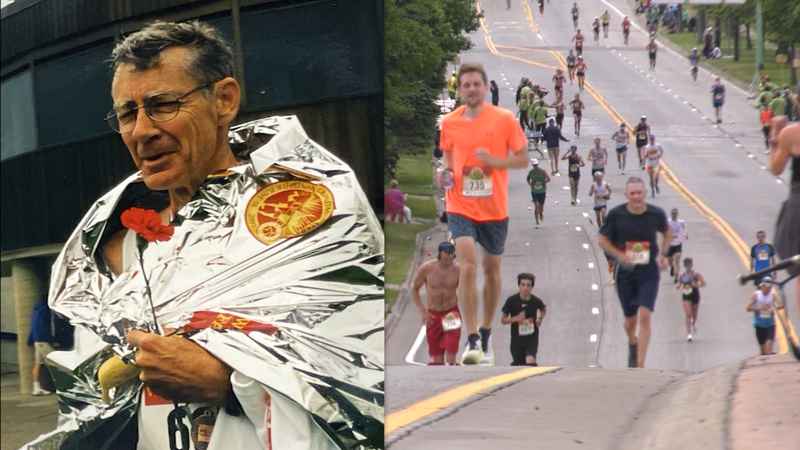 "The course is very unique along Lake Superior, but also the volunteers are so good," he said. "They’re better than any other marathon that I’ve ever run. They take so much care of the runners and they just really do an excellent job."

So much so, he’d be hard pressed to miss the annual event. Larry’s daughter, Molly Sich, even had to reschedule her wedding because of it.

"We originally had planned on the Saturday of Grandma’s marathon and my mom said, ‘You realize that’s Grandma’s Marathon. Are you really going to make Dad choose whether you’re going to walk down the aisle or whether he’s going to run the marathon?’ So we got married, June 30th instead."

With his running journey beginning in Duluth, it was only fitting to finish race 100 this year, crossing the same line his passion began.

To make this year even more special, Larry’s grandson will be running his first marathon right alongside him this year, with their family waiting to cheer them on at the finish.