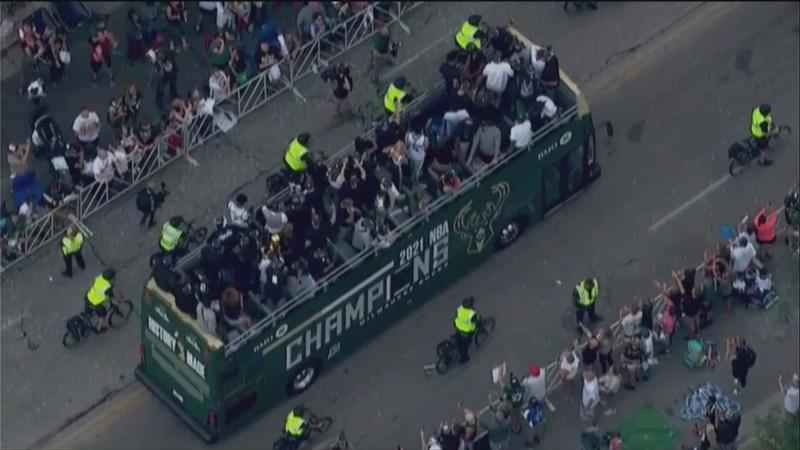 MILWAUKEE – Thousands of fans lined downtown Milwaukee streets to catch a glimpse of their beloved Bucks in a parade to celebrate the city’s first NBA championship in half a century. The team’s ascendance has invigorated a Midwestern city that is far from the league’s more cosmopolitan venues, like Los Angeles or Boston.

Six police officers on horseback clopped past cheering fans at the head of a procession Thursday that included a hook-and-ladder fire truck, occasionally blaring its horn, and open-air buses and flatbed trucks carrying Bucks stars occasionally hoisting the trophy they captured Tuesday night with a Game 6 victory over Phoenix.

And fans have embraced NBA Finals MVP Giannis Antetokounmpo, who decided to stay with the team that selected him eight years ago with the 15th overall pick in the draft when he was just 18 years old.