Wet and foggy weather will not stop the Memorial Day events around the Twin Ports.

Kicking off the commemorative events is a flyover from the 148th Fighter Wing, as Proctor holds their annual Memorial Day Observance and Program. This year’s event pays a special tribute to Captains James Verville and Sherman Gonyea, on the 50th anniversary of the fatal crash of their F-101.

The flyover with two F-16’s is in commemoration of the two Proctor men. In addition, 58 other Proctor-area service members will also be honored for giving their lives defending the country as a member of the armed forces. A train bell will ring once for each name read.

Proctor’s event is being held at the City’s Community Center. Following the program, the American Legion Honor Guard will visit the six cemeteries in the Proctor area to salute the departed.

There is also a Memorial Day ceremony at Oneota Cemetery in Duluth at 11:00am. The Calvary Cemetary is also hosting a remembrance service at 9:00am, and at 10:30am at the Greenwood Cemetery.

Duluth’s annual Memorial Day parade is again marching down Grand Avenue this afternoon, beginning at 12:30pm. The route starts at 59th Avenue West down to Central Avenue, turning south and heading down Ramsey Street. Attendees can expect the parade to last about an hour, and the parade route is of course blocked off to regular traffic. 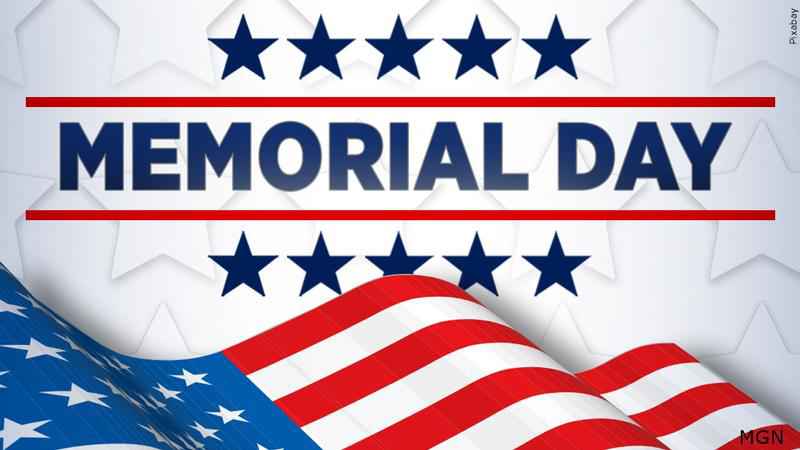 Superior is hosting the entire community at the Richard I. Bong Veterans Historical Center. From 10:00am to 2:00pm, folks are invited out for a picnic and military vehicle show. There will be music, kids’ games and prizes, bounce houses, a free hotdog lunch for the first 1,000 guests, $5 admission into the museum, and so much more!

At 10:00am, a Huey Helicopter will be landing at the event, departing at noon. There will also be a K-9 demonstration at 12:30, and a flag-raising ceremony right before that at 12:00pm. The 148th Fighter Wing is expected to do a flyover at Superior’s event as well, and at the start of the Duluth parade.