Derek Medved, one of the few conservative voices on the Duluth City Council, is due to leave his at-large seat next month.

In a letter to the Council, he said, "With new business endeavors on the horizon, I do not feel I can both manage my business enterprise and provide the level of public service my constituents deserve."

His resignation is effective Feb. 14. Medved, who began serving a four-year term on the council in 2020, is the owner of a chain of convenience stores.

"It has been my honor to serve the citizens of the City of Duluth for the past two years," Medved said in the letter.

A resolution to be considered by the council at their Jan. 24 meeting would create a process for the council to fill the seat. 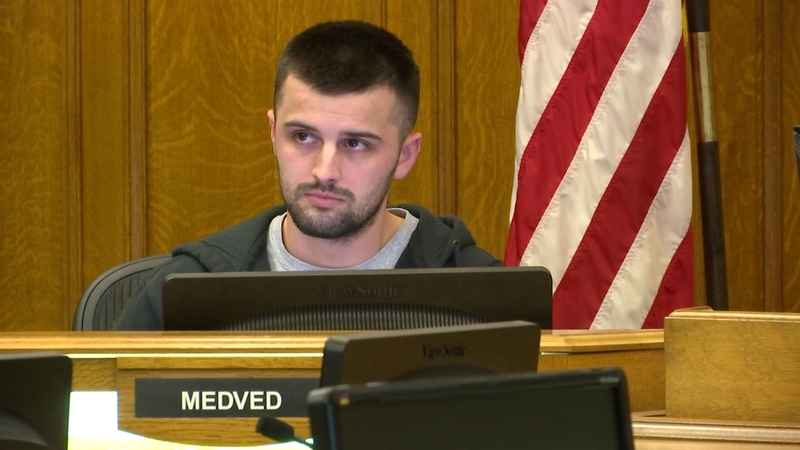 Derek Medved, seen at a 2020 city council meeting, will leave his seat in February.[WDIO-TV file]

Applications would be accepted through the city website through 4:30 p.m. on Feb. 14. The council would conduct interviews on Feb. 24 and the top three candidates will advance to interviews at a Feb. 28 special council meeting, at which point the council will choose a new councilor.

The process will be formally approved at the Jan. 24 meeting.