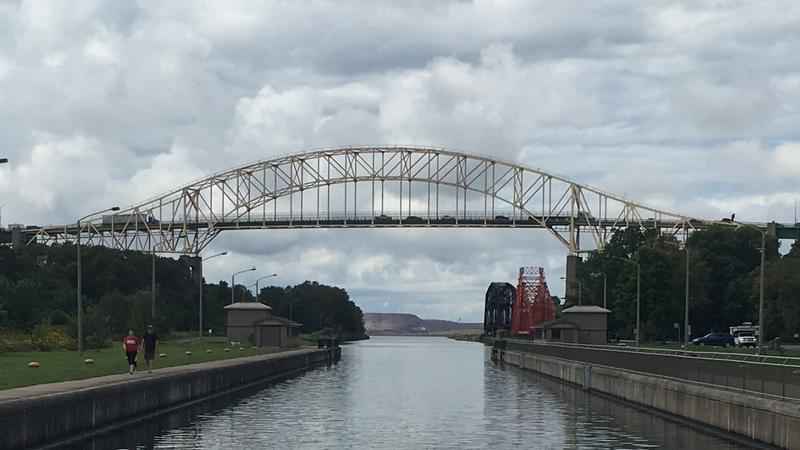 Seizures of marijuana and ammunition at Michigan’s border with Canada have increased over the past year or so despite travel restrictions between the U.S. and Canada due to the coronavirus pandemic.

The Detroit Field Office for U.S. Customs and Border Protection says that marijuana confiscated last year was up nearly 2,800% from fiscal year 2019.

Fiscal year 2021 enforcement statistics show more than 14,000 pounds of marijuana, 240 pounds of cocaine, more than 25 pounds of methamphetamine and nearly three pounds of fentanyl were seized at ports of entry into Michigan.

Meanwhile, 181 firearms and 40,000 rounds of ammunition were seized, representing at 650% increase over two years.

In fiscal year 2021, $5.6 million in undeclared currency was seized and 181 people were arrested on charges including narcotics smuggling, human smuggling, firearms violations, and fraud.

The Detroit Field Office’s responsibilities include the International Bridge in Sault Ste. Marie, the Ambassador Bridge and Detroit Windsor Tunnel in Detroit, Detroit Metropolitan Airport, and the Blue Water Bridge in Port Huron.