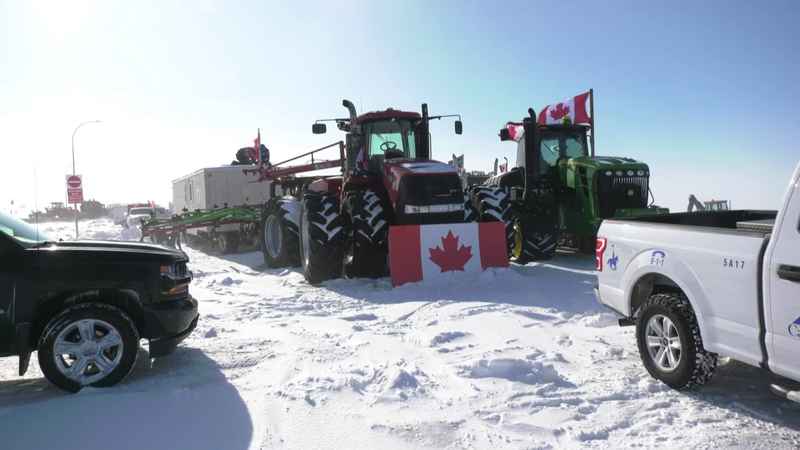 The major border crossing between Winnipeg and Grand Forks reopened Thursday after protesters who’d been blocking the highway for a week agreed to leave.

Emerson, Manitoba, appears to have been the last place where a major crossing was blocked. Pandemic protesters left Coutts, Alberta, on Wednesday and the Ambassador Bridge between Detroit and Windsor, Ontario, reopened on Monday.

A spokesperson with Manitoba Royal Canadian Mounted Police said the protesters’ departure was a result of a daily dialogue between police and protesters and not because of new Emergency Act powers.

"Being a national issue we had to take our time, we didn’t want to rush in. It would have made absolutely no sense just going in, perhaps making arrests, issuing tickets, we could have had others just take their place," Sgt. Paul Manaigre said.

Manaigre said there were no injuries, no arrests, no fines, and no charges, calling the agreement to end the protest "the perfect solution."

"They wanted to get their message across which I believe they have, and we wanted to make sure they understood where we were coming from. At some point our enforcement may have been needed," he said.

Officers will remain in the area to ensure that the highway remains open. The four-lane freeway is known as Highway 75 in Manitoba and I-29 in North Dakota.