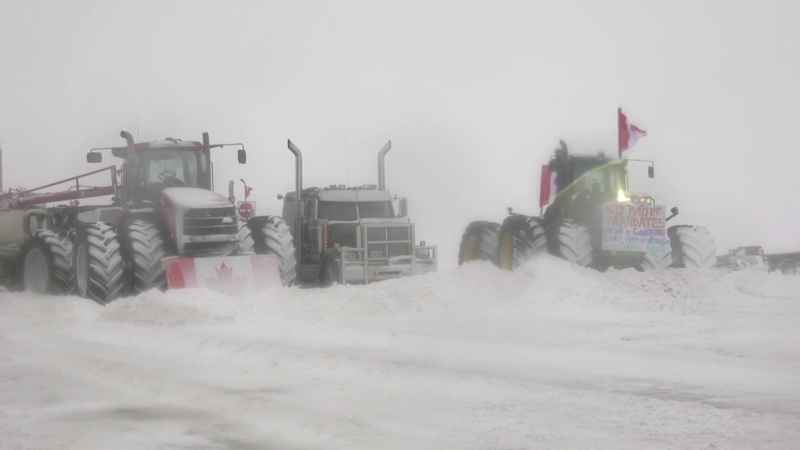 Protesters have been blocking the Emerson Port of Entry in Manitoba.[CTV News via ABC]

It appears blockades of key border crossings in Manitoba and Alberta are coming to and end, one day after the Ambassador Bridge reopened between Detroit and Windsor, Ontario.

Trucks that had been clogging a the crossing between Coutts, Alberta and Sweet Grass, Montana for more than two weeks have abandoned all but one of their blockades. A convoy left Coutts on Tuesday, one day after Prime Minister Justin Trudeau invoked emergency powers to try to break the siege.

In Manitoba, authorities say they’re confident that protesters at the crossing in Emerson, Manitoba will be gone by Wednesday.

"We are now confident that a resolution has been reached and that demonstrators will soon be leaving the area and that full access to the Emerson Port of Entry will be restored," said Chief Superintendent Rob Hill of the Manitoba Royal Canadian Mounted Police.

Protesters in the capital city of Ottawa remain entrenched.