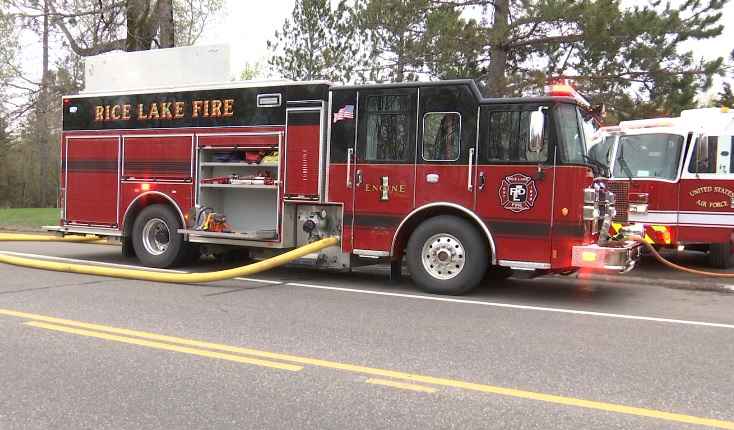 A man was burned when a fire engulfed much of a home in the City of Rice Lake, Minn.

A man was severely burned in a Wednesday evening fire in the City of Rice Lake, Minn.

When deputies got there, they found out three people lived at the home. Two were in the detached garage when they saw black smoke coming from the house.

The third person, Summers, was found lying on the back deck with burns. Deputies say they moved him into the backyard as the fire spread and engulfed much of the house.

The Rice Lake Fire Department then arrived to put out the fire. Mayo Clinic Ambulance brought the burn victim to Essentia, after which he was airlifted to HCMC. He is in critical condition.

Investigators believe the fire started in the bedroom, where they say the victim was residing. They have not determined a cause, but they do not think it is suspicious.