Kimberly Maki says Mark Rubin will be a tough act to follow.

On Wednesday, co-workers and family members gathered outside the St. Louis County Courthouse to watch Rubin, the retiring county attorney, administer the oath of office to Maki. Maki thanked family and co-workers for their support.

"I always talk about the Sunday night blues. You know that feeling you get, that dread, before you have to go…back to work on Monday morning. I have not had that one day since I came to the county because of the good people that I work with," Maki said.

"We’re going to continue to work tirelessly every single day to build the kind of world that we want to live in. One marked by fair and thoughtful prosecution, by protection of our vulnerable citizens – especially children, and by efficiently and effectively run government," she said.

The St. Louis County Board appointed Maki, who has worked in the office for a decade, after Rubin announced his retirement plans. 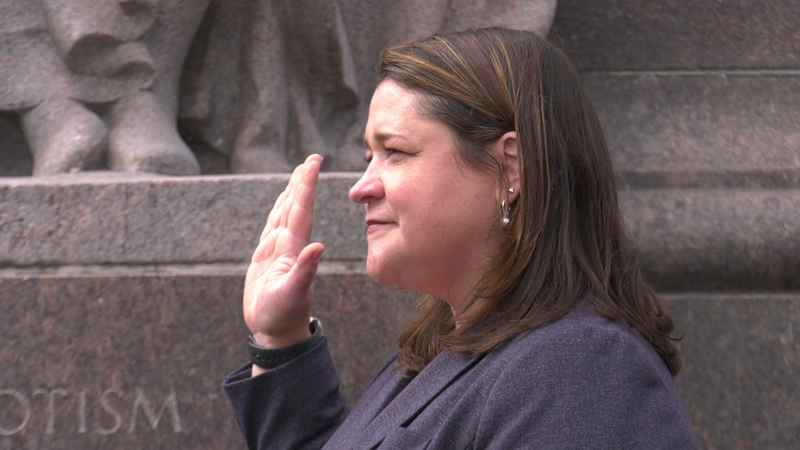 Maki will serve out the remainder of Rubin’s term. She has said she intends to seek election to a full term when it’s on the ballot in November 2022.