After missing five games with a knee injury, the Minnesota Lynx center Sylvia Fowles returned to game action. Just in time to get ready for her eighth WNBA All-Star game next month.

Expected to retire at the end of this season. this is her fifth time going as a member of the Lynxs, this time however being selected as a captain.

"Yeah, it’s a first. That’s pretty exciting but it also shows the dedication of the fans. Which I highly appreciate because I tend to not take those things into consideration. I think this last ride, I’ve been soaking it all up but knowing that I appreciate it. It’s pretty special," said Fowles.

Fowles’ first all star selection was all the way back in 2009, during only her second season in the league with the Chicago Sky.

"It’s been a journey. Which is fun, but it’s also very humbling. I never go into things thinking I want to be an all star. My thing is, if you handle things, other things will take care of themselves. Apparently, I’ve been doing something right over the last 15 years," Fowels concluded. 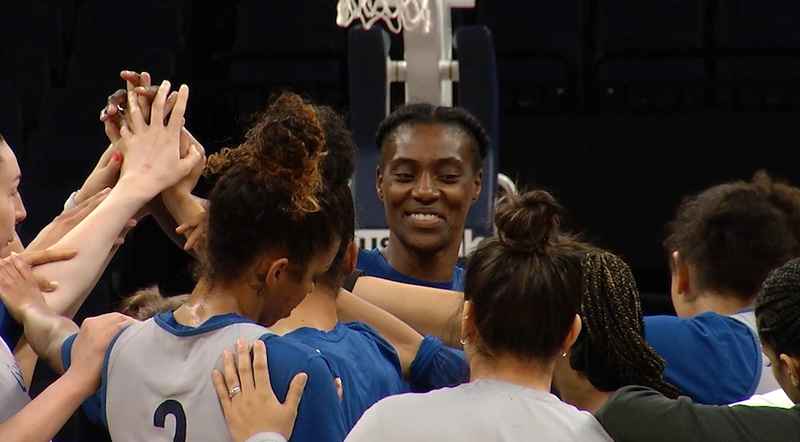 Slyvia Fowels smiles at practice with her teammates [KSTP]