Rolling one foot in front of another, Lutsen’s Allie Duclos spun her way through a fantastic season on the water.

During the Hayward Lumberjack World Championships in July, the 15-year-old logroller claimed her fourth straight title.

She didn’t see any competition last year, and this summer her program in Grand Marais didn’t hold practice. So, a few weeks before worlds, Duclos took it upon herself to train alone.

"I had to push myself a lot because I didn’t have anyone to roll with," Duclos explained. "At first I was kind of just pitter pattering on the log, and then I went to a tournament and I felt like I hadn’t rolled in year. I had to start training even harder, more tricks and more moves and more muscle movement, so it felt really good to win."

Now with multiple titles under her belt, she’s considering stepping up her game by turning semi-pro. 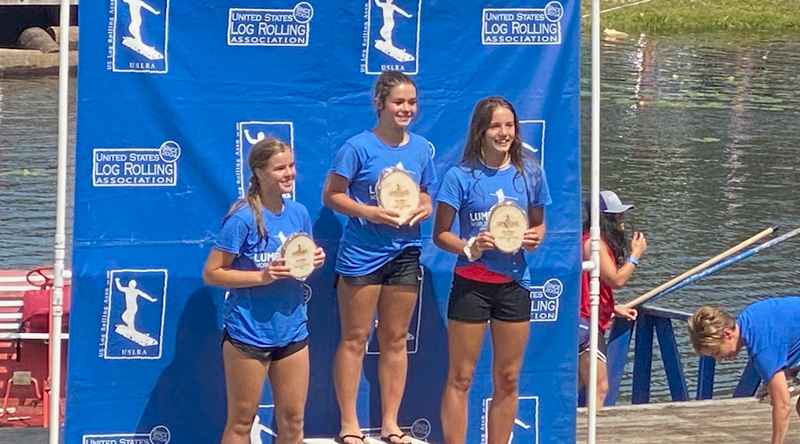