Short, sweet, impactful. Those are all words than can be used to describe Laura Harmon’s nearly three seasons as head coach of the University of Minnesota Duluth (UMD) women’s, and later the men’s, cross country and track and field teams.

"I have grown a lot in my time at UMD and gained a lot of experience in leading, and also just within the sport of track and field and cross country," Harmon said.

She added that it’s been rewarding watching the program grow even during a pandemic.

Harmon now has 12 seasons of collegiate coaching experience under her belt. During part of that time she helped the Bulldog women to a fifth place finish in the 2019 Northern Sun Intercollegiate Conference (NSIC) Cross Country Championships. 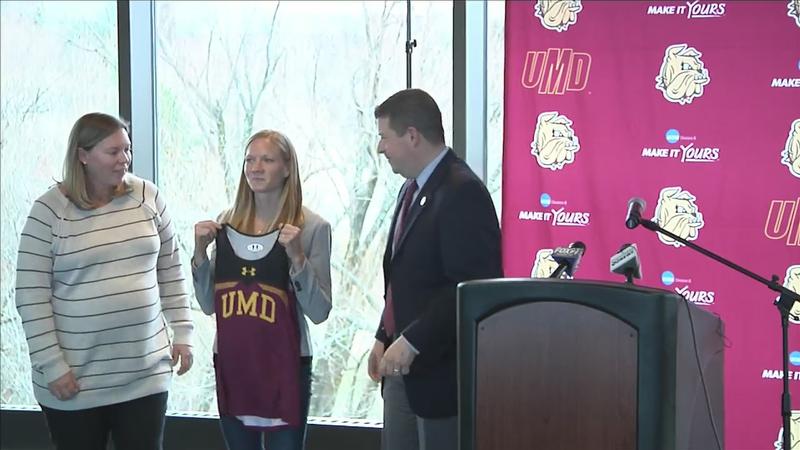 Under her watch, Danielle Kowhley won a NCAA Division II Indoor National title, and Haleigh Reindl earned All-American status in the 800 meter this past season.

"Danielle, her accomplishments, I was so happy to be able to share a small piece of those, and see how much Haleigh grew," Harmon said. "I feel a sense of accomplishment in that they probably feel good about where they are, and what they can do."

Moving out to Washington to be closer to family, Harmon said she’s not sure yet what her next adventure will be.