Mayor Emily Larson announced changes to the city’s permitting process and the formation of a new downtown task force in her annual State of the City address Tuesday evening.

Responding to years-long complaints about Duluth’s permitting and review process, Larson said the city is implementing a new digital process to review electronic plans. She said the current paper system has been slowing things down.

Under the new system, multiple departments will be able to complete reviews simultaneously.

"From start to finish, it means fewer meetings, and faster and more efficient permitting with quicker turn-around for staff and our community," Larson said.

RELATED STORY: Communities Concern: What’s your State of the City? 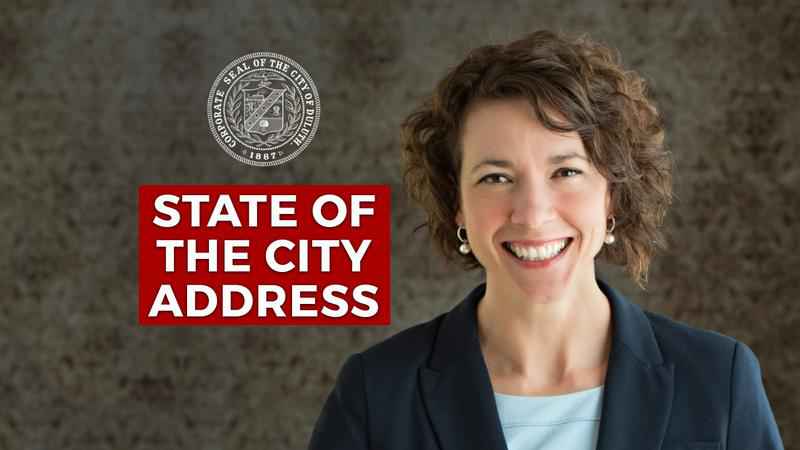 Larson said she is also convening an internal audit of the city’s economic development strategy to identify internal policies prohibiting growth and steps that could be eliminated, as well as ways to communicate expectations up front and improve communication with private sector partners.

"I’m charging this Task Force with convening partners from the public and private sector to provide recommendations within five months on four key areas: downtown safety, activation, investment, and vision. These recommendations will be made public," Larson said.

"Instead, they talk about solid infrastructure, a reliable and qualified workforce, housing, access to childcare, transportation and energy, and high on the list – safe neighborhoods and a great quality of life," Larson said.

Larson said Duluth is "no longer that city living in the economic shadows," citing new records for building investment in the city in each of the last three years and businesses such as Costco, ST Paper, and Cirrus. She said the city is now "fielding constant inquiries about investing in Duluth."