“This is such a well put together camp for the kids,” said parent Brian Lundstrom. “It really helps them learn a lot of skills and just get better at the whole skill of mountain biking.

Lunstrom has multiple relatives in the program.

“I have my son Caden. He is one of the junior mountain bike instructors,” said Lundstrom. “And then I have my two nephews, JJ and Jake, who are participating.”

The younger two were inspired by their cousin. 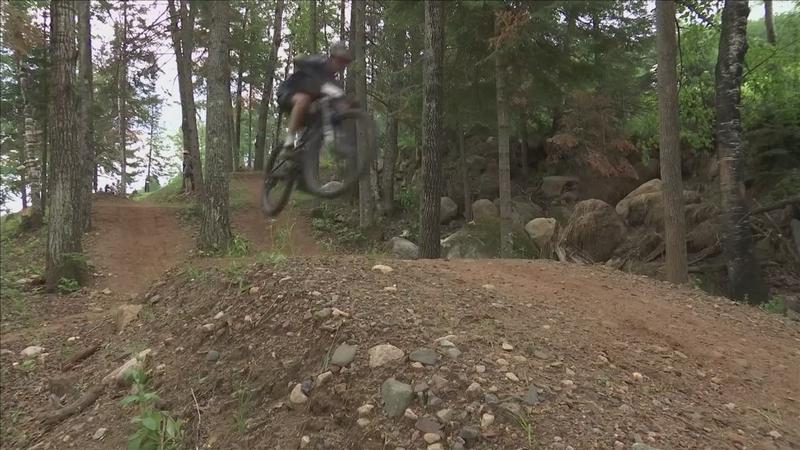 “I just saw my cousin doing tons of wheelies, and I just kind of felt like maybe I could try again. I just liked it, and I just kept trying,” said Lunstrom’s nephew Jake Sixberry. “I didn’t think I was going to have a super fun time but I actually ended up having a really fun time.”

Each kid has their own goals.

“I hope to learn how to go on hills without feeling scared or like, nervous and all that stuff,” said Sixberry.

The students will spend all week improving their skills before making their way to the chairlift on Thursday.

“I’m looking forward to going on a black diamond a bunch of times,” said participant Cohen Berndt. “I like it because it’s dangerous, and I just like the sport because you can do whatever you want, and it’s dangerous. And I like doing things that are dangerous.”