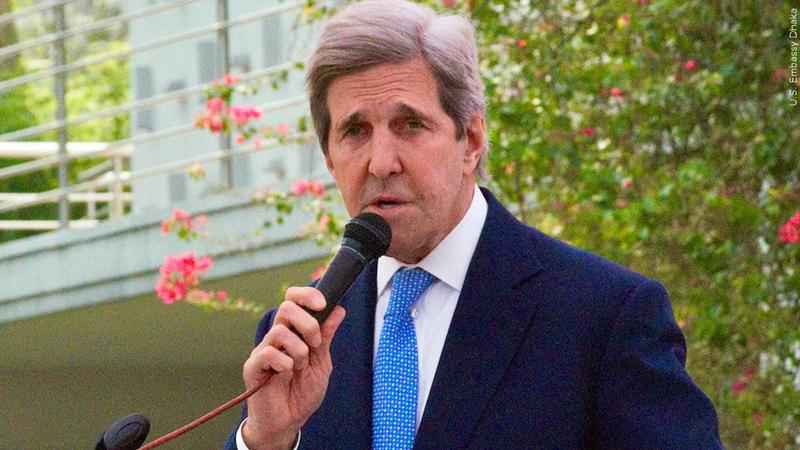 WASHINGTON (AP) — U.S. climate envoy John Kerry said Friday that setbacks for President Joe Biden’s climate efforts at home have “slowed the pace” of some of the commitments from other countries to cut climate-wrecking fossil fuels, but he insisted the U.S. would still achieve its own ambitious climate goals in time.

Kerry spoke to The Associated Press after a major Supreme Court ruling Thursday limited the Environmental Protection Agency’s options for regulating climate pollution from power plants. The ruling raised the prospect the conservative-controlled court could go on to hinder other efforts by the executive branch to cut the country’s coal, oil and gas emissions. It came after Democrats failed in getting what was to be Biden’s signature climate legislation through the narrowly divided Senate.

The Biden administration is striving now to show audiences at home and abroad that the U.S. can still make significant climate progress, and strike deals with other countries to do the same. Scientists say only a few years are left to stave off the worst levels of global warming.

Kerry, Biden’s climate negotiator abroad, said he had not talked to foreign counterparts since the Supreme Court ruling, which some climate scientists called a gut punch and a disaster.

“But I’m confident they’ll ask me questions,” Kerry said. “But my answer is going to be look, we’re going to meet our goals … and the president is going to continue to fight for legislation from the Congress."

“We absolutely are convinced we can meet our goals,” Kerry said.

“This decision by the Supreme Court … is disappointing, but … it doesn’t take away our ability to do a whole bunch of things that we need to get done.”

Asked if it was possible to ask China and other major polluters to make fast moves away from fossil fuels when the U.S. was struggling to meet some of its own goals, Kerry said, “they’ll make their own analysis. That will conceivably have an impact on what they decide to do or not.”

The administration’s setbacks getting major climate retooling through conservatives in Congress and the Supreme Court haven’t hurt the momentum he’s working for abroad in climate negotiations, Kerry insisted. “But I think it’s slowed the pace at which some of these things could happen," he said.

“If the United States were able to accomplish more regarding our own goals, and we did so rapidly, that would put a lot of pressure on a lot of countries,” he said.