Growing up in Maple Grove, State of Hockey product Connor Kelley always dreamed of skating in the NHL.

Three months after closing out an impressive freshman season with the University of Minnesota Duluth (UMD) men’s hockey team this April, that dream is now practically a reality.

In the 2021 NHL Draft held at the end of July, Kelley was selected in the 7th round by the Chicago Blackhawks.

"It’s definitely something I’ve worked for, for a long time. It’s cool to be drafted, but I mean everybody starts over at the same spot. You’ve still got to work to get there," Kelley explained. "It’s a really cool experience, but at the end of the day there’s still a lot of work to be done."

The defenseman learned that he was drafted while at a hockey camp in Plymouth. 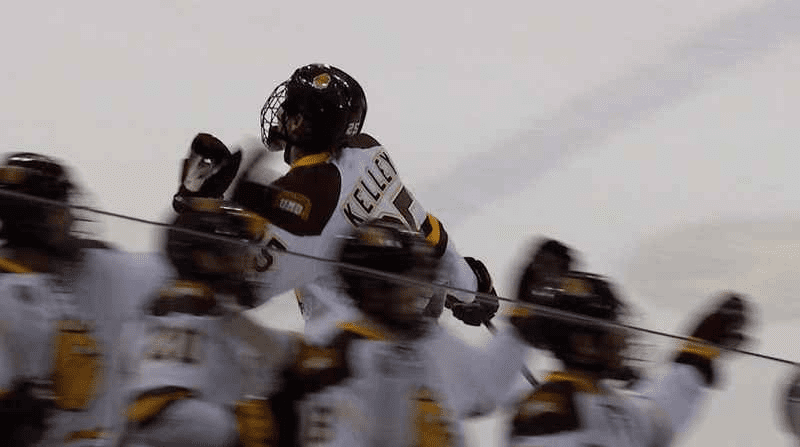 He said the moment was especially sweet since he was able to share it with fellow Bulldog, and camp teammate, Wyatt Kaiser. The incoming sophomore, and Andover, Minnesota native, is also a Blackhawk prospect.

"He was so happy, we had a good laugh. At the end of practice everyone came up to me, and we were laughing and hugging. So he was pretty excited," Kelley said about Kaiser.

Kelley and the Bulldogs are set to drop the puck on their 2021-2022 season October 8th visiting Bemidji State University (BSU).