The late, great, Jim Malosky is well known throughout the Northland and beyond for his legendary 40 year coaching career with the University of Minnesota Duluth (UMD) football team. Now his and his wife Lilah’s grandchildren are making their own marks in the sports world, not on the gridiron but on the biathlon course.

While the Rud’s left the Northland for Norway a few years back, they’ve always kept a piece of their hearts back in Duluth.

Duluth is their mom Tamme’s hometown, the youngest daughter of Jim Malosky. It was there that Alexandra and her 13-year-old brother Jesper Rud spent summers at their grandparents’ house, ate grandma’s homemade bread, and trained at the football stadium carrying their grandpa’s name.

That’s why, when Alexandra and Jesper started competing in biathlon four years ago, they signed on with the Duluth Biathlon Club. 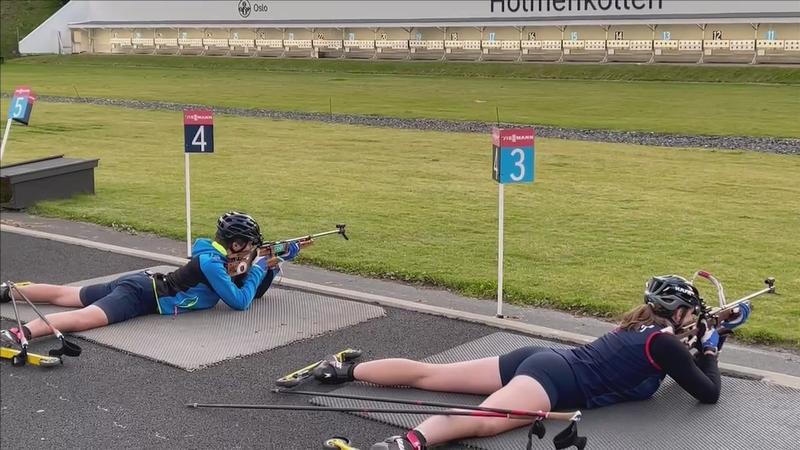 "It was really cool to be trained with the Duluth Biathlon Club because we got to meet really cool people there, so it was absolutely awesome," Alexandra said.

All the hours training at Snowflake Nordic Center in Duluth, and out in Norway, paid off this August as Alexandra struck gold twice in the U.S. National Biathlon Rollerski Championships in Jericho, Vermont.

"To come back home to Norway and be a champion in the U.S. was really special. It felt really cool, and it’s been a really big motivation," Alexandra explained.

She is ranked a top five junior biathlete in Norway, so Jesper is learning all he can from his big sister.

"You can see on the course how we get better, how things can get worse, and all of those changes are very, very cool," Jesper said about competing against his sister.

The training never stops, since biathlon is a go on snow or on tracks thanks to the roller skis.

"[Roller skiing] is pretty much a different sport in a way that there’s different types of ways to balance on roller skis, and going in the hot weather, shooting with less clothes and with a helmet," Jesper explained.

Their overall goals are to eventually compete for the University of Minnesota Duluth (UMD). Focusing on this year, Alexandra is working to qualify for the Junior World Championships in Soldier Hallow, Utah set for February 21st through March 3rd.