Israeli leader to meet with Biden as Mideast tensions grow 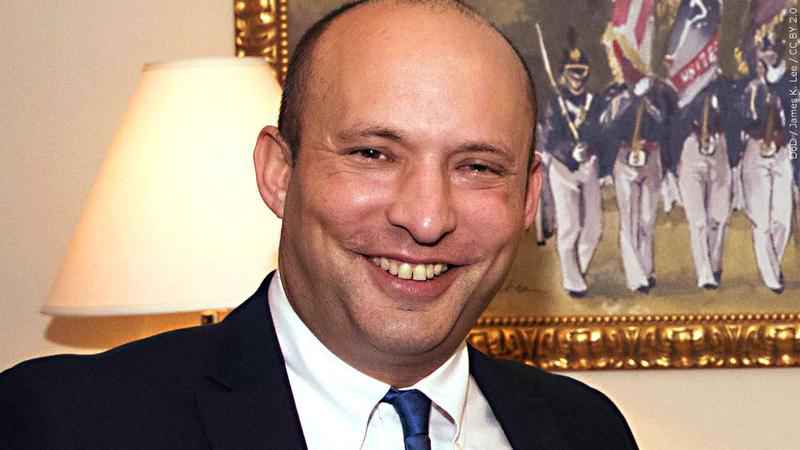 Israeli Prime Minister Naftali Bennett is in Washington D.C. for his first state visit overseas since taking office. Bennett will be meeting with President Biden on Thursday.

He met with Defense Secretary Lloyd Austin at the Pentagon to discuss the two countries shared security and defense priorities.

The newly minted prime minister’s visit to Washington will come in the midst of heightened tensions between Israel and its regional arch-enemy, Iran. Israel is also grappling with a gradual resurgence of hostilities on its southern border with the Gaza Strip, barely three months after an 11-day war with Islamist militant group Hamas.

In a statement released by the Prime Minister’s Office before his departure, Bennett said the top priority in his conversations with United States officials would be Iran, as well as other issues including the Israeli military’s qualitative edge, the coronavirus pandemic and economic matters.

"That is unwavering, it is steadfast and it is ironclad," Austin said.

Bennett has spoken out against the possibility of a new nuclear accord between Iran and world powers, and says that any agreement must also put the brakes on Iran’s regional aggression. Recent months have seen a string of attacks on Israeli-connected shipping, believed to have been carried out by Iran.

"Iran must be held accountable for acts of terrorism and aggression whether in the Middle East or in international waters, like the July 30th attack on the Mercer Street commercial vessel. We’ve also been closely watching as Israel has been a global leader in the battle against COVID-19," Austin said during the meeting.

Bennett’s departure also came as friction between Israel and Gaza’s Hamas rulers was building. Indirect negotiations between the two sides to reach an arrangement for the reconstruction of the Gaza Strip have broken down in the past week. Hamas has launched incendiary balloons into southern Israel and staged violent demonstrations on the border, raising the specter of renewed violence only a few months after a brutal 11-day war left at least 265 dead in Gaza and 13 in Israel.

"Over decades of cooperation, the United States and Israel have built a strong and enduring partnership, and that partnership is rooted in trust, shared democratic values and mutual security interests," Austin said. "Moving forward, we’re going to build on that, Mr. Prime Minister, and we’re going to seek lasting security for Israelis and Palestinians alike.

Bennett is also scheduled to meet with U.S. Secretary of State Antony Blinken later on Wednesday, and will concluded his two-day snap visit with a meeting with U.S. President Joe Biden.