Work done on Interstate Island over the past year aims to get the terns to return.

The island sits between the Blatnik and Bong bridges near Rice’s Point. It’s home to several bird species, including common terns and ring-billed gulls.

"The common terns are listed as threatened in Minnesota and endangered in Wisconsin. So it’s important to give them nesting habitat," Leah Medley, a life scientist with the EPA’s Great Lakes National Program, said.

The EPA, U.S. Army Corps of Engineers, Minnesota Land Trust, and Minnesota and Wisconsin DNRs just finished up a $2.8 million project that doubled the island’s size, increased its elevation, and added fencing to protect tern nests.

"For nesting, they like kind of an open beachy area with sandy soils. And there just isn’t a whole lot of that left over in the Lake Superior area. So this is one of only two places where they nest at all," Medley said. "And two-thirds of the birds that are in this area choose Interstate Island to nest on." 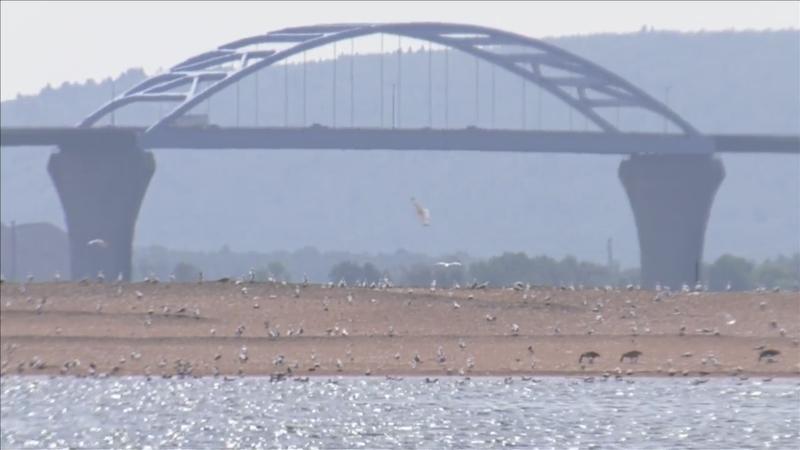 Interstate Island is located between the Blatnik and Bong bridges in the Duluth-Superior Harbor.[Kyle Aune/WDIO]

The island had been eroding due to high lake levels and storm surges. According to the EPA, the tern population has been reduced by about 50 percent.

Terns migrate to South America in the winter and spend summer in primarily three areas: the Great Lakes, the Great Plains, and the mid-Atlantic coast. The EPA says they return to the same nesting site every year.

Because the project was just completed in April, there isn’t enough evidence yet that the population is rebounding. But the EPA plans to monitor Interstate Island over the next two years to see what impact the project has.