National parks are known for views of dense woods and quiet waters. Voyageurs National Park near International Falls boasts all that.

But there’s one view you can only take in when the sun goes down.

"If you live in a city, it’s something that you may grow up never truly seeing without taking a trip to a place like Voyageurs," Park Ranger Erik Ditzler said.

Its dark sky is unmatched. In fact, it’s certified.

"We’ve gone through a lot of trouble to kind of preserve that for the future generations," Ditzler said. 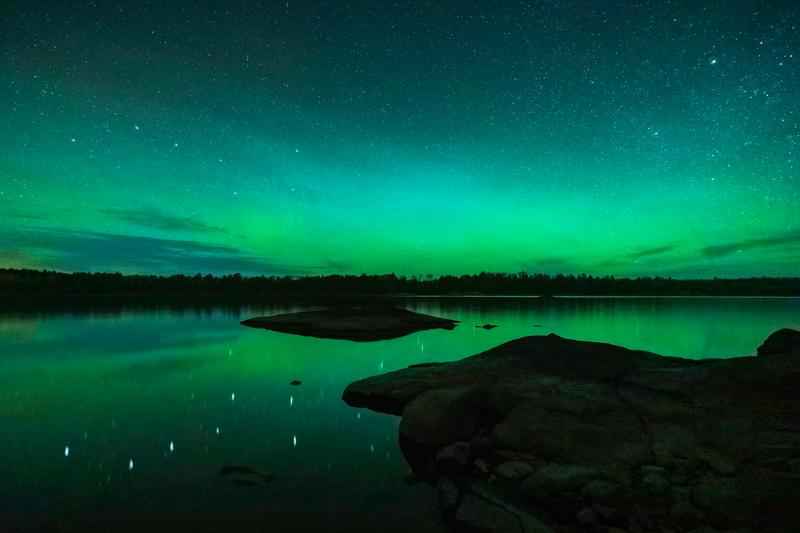 With help from the Voyageurs Conservancy, the park received dark sky certification in 2020.

The park had to come up with a plan for its lighting to minimize light pollution.

"The lights at the visitor centers are pointed straight down so you’re not getting that light escaping into the atmosphere," Ditzler said.

They also draw the blinds in any offices in the evening, focus light only where it needs to be, and use scientific instruments to test how much light is in the sky at the darkest time of night. Ditzler and Hausman Rhode say it’s all to preserve the natural and cultural history of Voyageurs.

"The local community has seen people coming up here from lots of different places in the United States just to experience that," Ditzler said.

Voyageurs offers endless places to get out and look up.

Nature photographers like John Keefover appreciate the effort put in to keep light pollution at a minimum.

"I’d say it’s night and day," he said. "It’s true. If you try to take a picture, you can tell where a town is just on the back of the camera. It’s going to wash out all the colors, all the stars, whereas a place like this, it’s going to be true darkness."

Keefover says a tripod is key to night sky photography because the photo is being taken over 10, 20, even 30 seconds. If you have a professional camera, he suggests using your fastest lens.

His best tip is to compose the photo with something in the foreground. He likes to use open bodies of water to get reflections on a clear night.

And you have to be flexible. Nothing is guaranteed on a Northland night.

He enjoys playing with light painting, or using a headlamp or flashlight to quickly light the scene. If you can hold still long enough, you can get in on the photograph too.

And even though mirrorless cameras like the Canon John shoots on capture amazing images, you don’t have to spend thousands of dollars.

"I just upgraded from an iPhone 7 to an iPhone 13. Pretty huge upgrade. And I was blown away by just the picture I could take with my phone last night of the aurora," Keefover said. "It almost makes me wonder why I haul a camera around."

Capturing the night sky is becoming nearly as accessible as the views themselves.

"For our visitors, we want them to come here and experience something that’s natural," Ditzler said.

"I think it’s important for us as humans to immerse ourselves in nature and to feel small," Hausman Rhode said.

Discoveries in the dark expand our horizons. And whether they’re captured in a photo or just quietly taken in, total darkness can reveal the brightest view.