On Friday, the Duluth Huskies rallied from a three run deficit to defeat the La Crosse Loggers 4-3 and secure the series split.

The Huskies put up two runs in the bottom of the third to begin their streak of four unanswered runs.

Mike Boeve led Duluth tallying two RBI and one hit, while Michael Brooks put up two runs and one hit.

Cameron Pool pitched four strikeouts from the mound for Duluth.

Next, the Huskies (13-13) are set top open up a two game series against St. Cloud on Saturday. First pitch is set for 3:05pm at Wade Stadium. 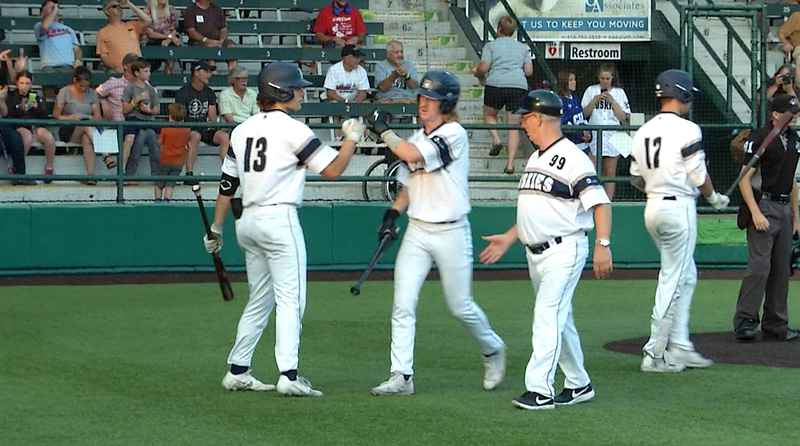 Two runners score for the Huskies in the bottom of the third in their Friday night match against the La Crosse Loggers.[WDIO/Alicia Tipcke]