Huskies fall to MoonDogs in match cut short due to rain

On Monday, the Duluth Huskies fell 3-2 to the Mankato MoonDogs in a match cut short due to rain.

The game was called final in the seventh inning following their second rain delay.

Calyn Halvorson tallied one RBI and one hit, while Charlie Rhee added two hits and one run for the Huskies.

Duluth’s starting pitcher Ben Pederson threw one strikeout in his return to the mound after over three weeks off due to a leg injury.

The Huskies will try to split the series against Mankato in their series finale on Tuesday. First pitch is set for 6:35pm at Wade Stadium. 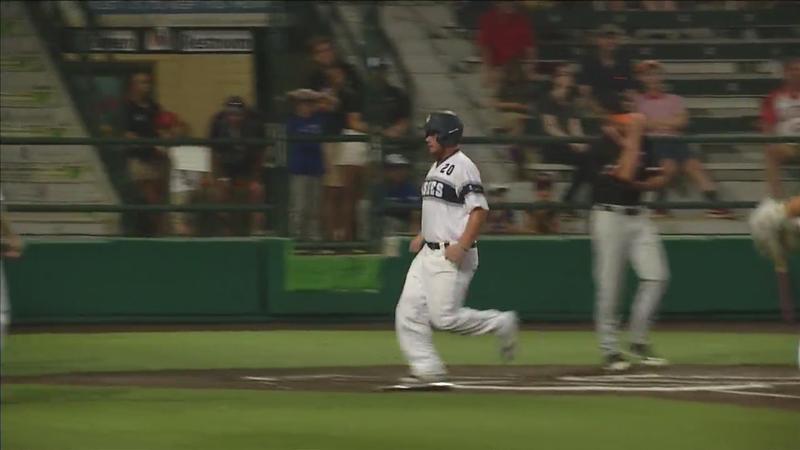 Ryan McDonald scores for the Huskies in the 4th inning to trail 2-1 to Mankato at Wade Stadium. [WDIO/Alicia Tipcke]