Hundreds of residents were evacuated as crews battled a wildfire in rugged mountains along the California coast that forced the closure of the main roadway near Big Sur.

One structure, a yurt, was destroyed by the blaze that broke out Friday in a steep canyon and quickly spread toward the sea, fanned by gusts up to 50 mph.

The flames made a big run after winds whipped up again late Saturday, but since then conditions have calmed and crews made some progress against the blaze, said Cecile Juliette, a spokeswoman for the California Department of Forestry and Fire Protection.

“The winds today have been favorable, so that’s some good news,” Juliette said Sunday.

The blaze dubbed the Colorado Fire was 25% contained after burning at least 1.6 square miles of brush and redwood trees, Juliette said. 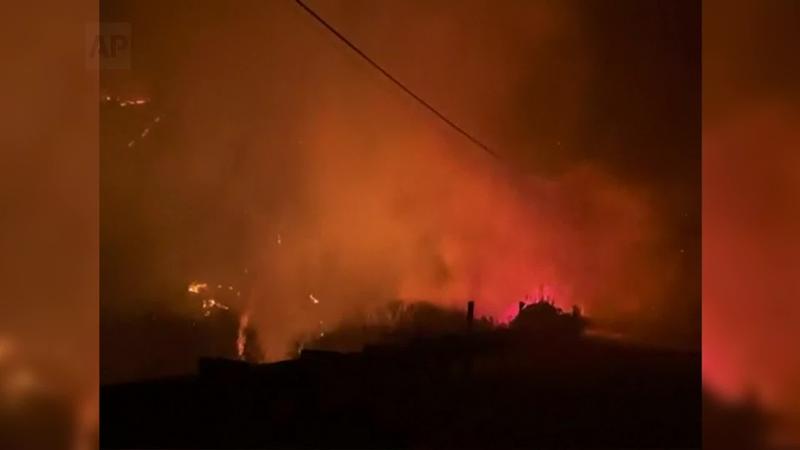 Evacuation orders were in place for about 500 residents of a sparsely populated area between Carmel and Big Sur.

Authorities closed a stretch of Highway 1 with no estimated time for reopening. The two-lane highway along Big Sur is prone to closures due to fire and mudslides from heavy rain that made portions of the roadway collapse last year and in 2017.

Evacuees shared on social media dramatic images of flames burning behind iconic Bixby Bridge. The tall concrete span has been the backdrop of many car commercials, movies and TV shows, most recently the HBO drama “Big Little Lies.”

Strong winds were recorded across the San Francisco Bay Area early Saturday, knocking down trees and power lines and causing a small number of electricity outages. There were no immediate reports of injuries.