Honoring the service of an “unclaimed” veteran: Community funeral for Donald Francis Wells

The service for Donald Francis Wells was filled with people paying their respects with a "final goodbye".

The funeral captured the attention of so many, as Wells was listed as an "unclaimed" veteran, with no record of friends or family.

At the service on Friday, July 22, 2022, it could be felt that those who gathered honored Donald Francis Wells as if he was their family member. He may not have been blood-related but through a different bond.

"It is extremely important! I am a Duluth honor guard, and when we heard what was going on, for a veteran to have served and not have someone claim him, my heart just melted; you know, because you served your country, but look at the outcome, said Desire’ Singer, a marine veteran. It is like over 450 people here already. So, it is number one on my list, a call to duty, because, for me, we say, "once a marine also a marine", so my duty is never done for my county."

Wells was listed as an "unclaimed" veteran, but he wasn’t laid to rest as one. 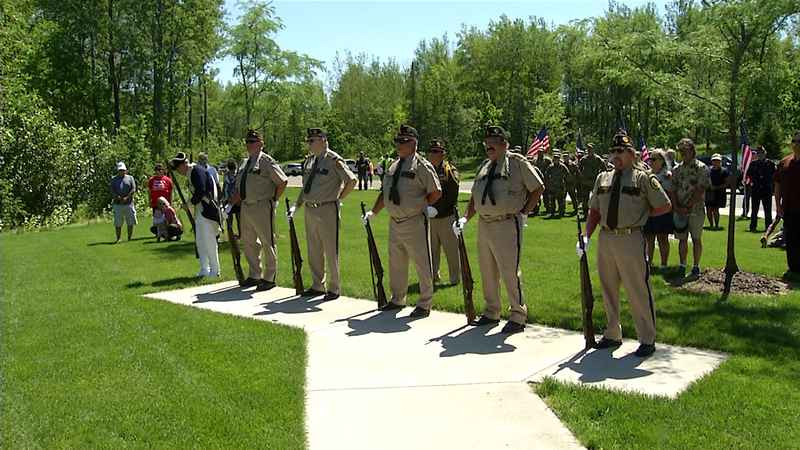 Donald Francis Wells, like all veterans…served his country well![WDIO, File]

"Maybe he did not have any family or friends in his life, but the support you get now is tremendous. It is too bad he did not get this kind of support during his life," says Dan Streu, a member of the Duluth Honor Guard.

Sue Adams felt compelled to show her support for Well as she has family members that have served in different branches of service.

"My brother was in the Navy, my son was in the Air Force, my ex-husband was in the Marine Corps, and so I just felt that I should be here."

After the service, Judy Dockendorf shared how generations that attended this service can reflect on paying homage to veterans.

"I was saying to Sue, when all these people are gone, who is going to take over? I do not have any family in the military, but you gotta love them, vets! I mean how they sacrificed for us, and I just felt I wanted to be here for that."

Donald Francis Wells, like all veterans…served his country well!