In March of 2021, Eveleth native and Miracle on Ice star Mark Pavelich lost his battle with mental health issues.

This week, the hockey community is coming together to honor his memory and raise awareness about athlete’s mental health.

A charity golf scramble will be held at Giants Ridge in Biwabik on Monday. Meanwhile, Sunday at Hermantown High School, former NHLer Clint Malarchuk led a presentation on the topic of mental health.

Malarchuk survived a life threatening injury as the Buffalo Sabres’ goalie in 1989, when his carotid artery was severed by a skate. He then struggled with post traumatic stress disorder (PTSD). Upon surviving a suicide attempt in 2008, Malarchuk began using his voice to help those in his shoes. 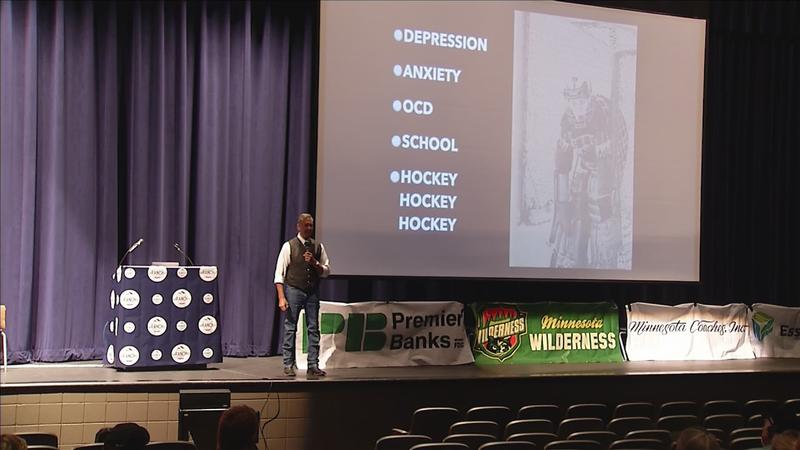 "I’m very, very grateful that I survived and got well," Malarchuk said ahead of Sunday’s presentation. "I don’t want anyone to suffer in that darkness and silence that I did because of the stigma, there is no shame or guilt involved."

Throughout the evening Clint touched on his own struggles with obsessive compulsive disorder (OCD), anxiety and depression, as well as his love for hockey.

Proceeds from Monday’s golf outing will go towards a future facility for ‘The Ranch: Teammates for Life". Co-founded by Pavelich, the non-profit will serve to help athletes and veterans struggling with mental health.