Making his coaching debut this morning, was Hobey Baker Award winner former University of Minnesota Duluth (UMD) standout Jack Connolly. The Duluth native has spent much of the last decade skating in the professional Swedish Hockey League. After missing the camp in years past while overseas, Connolly said he’s thankful to finally get the chance to give back to his home hockey community.

"Unfortunately, I’ve just been over in Europe at the timing of this camp, so I haven’t been able to help out too much," said Connolly. "I’m going back a little later this year so I’m able to help out and it’s been fun to get out here. Teach these kids a few new things, have them get on the ice and have some fun. I’m glad to be a part of it," he added.

The camp provides area youth the opportunity to learn from professional hockey players. Head instructor Brett Olson said it means a lot to provide the kids strong role models in a sport that could become their career.

"We were in these kids shoes once, or I should say skates once, at this level," Olson said. "We wanted to have people, and we knew we had people, to look up to that were at the higher level. So for us to be able to come back and just work with the kids every day like this, and see their progress each day, and to see them smiling each day when they come in, that’s just a great feeling for us as coaches." 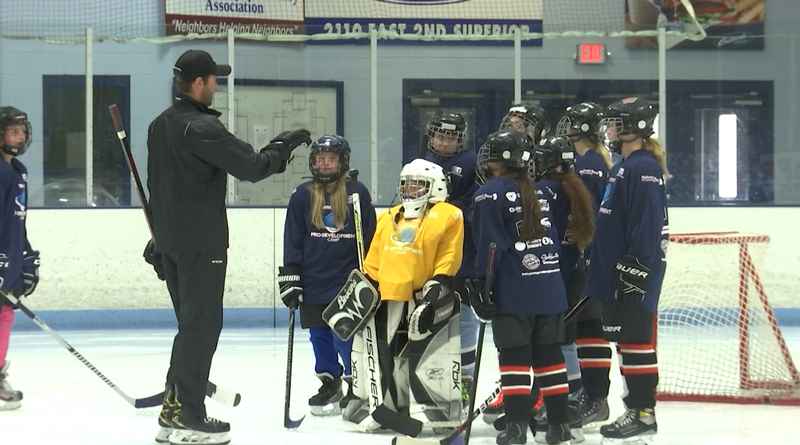 All the action concludes on Thursday at the Superior Ice Arena.