Hermantown moves on to the semifinal round on Friday, facing the No. 5 seed Alexandria. The Cardinals beat Minneapolis 4 – 1 in the final game of the night Wednesday. This game will air on WDIO-DT at 1 p.m. Friday, Warroad and Mahtomedi will battle in the first semifinal game at 11am.

At the Xcel Energy Center in St. Paul Hermantown would strike quick and early scoring first with a power play goal from Wyatt Carlson. In the next two minutes Zam Plante and Dominic Thomas would make it 3-0. Plante would tally his second of the night before New Prague would break through on the power play to trail 4-1 at the end of the first period.

There would be no score in the second period. Max Plante would light the lamp in the third to secure the 5-1 victory. The Hawks would outshoot the Trojans 50-13. 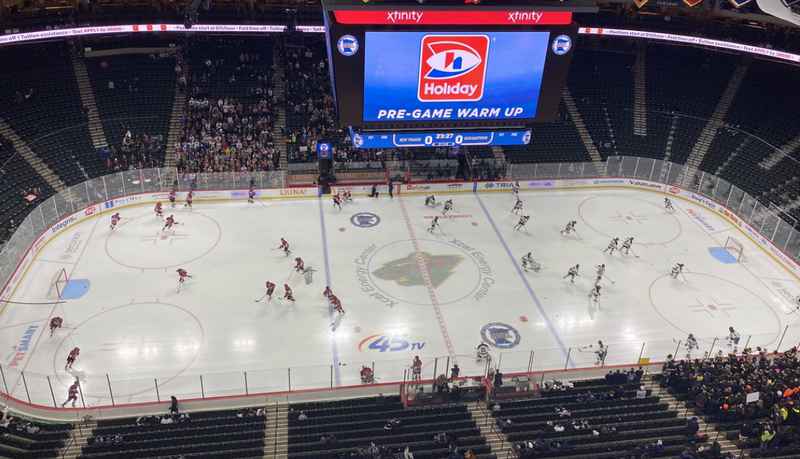 The Hawks have dedicated this run to their 2021 seniors. During last season’s state tournament a majority of their varsity roster was sidelined due to Covid-19 contact tracing. Backed by JV players Hermantown would see their 2020-2021 season come to an end in the quarterfinals.

The Class A title game is set for noon Saturday. To watch the tournament tune in to WDIO.