When the Hermantown boys hockey team learned they landed on the 2023 Hockey Day Minnesota lineup last week they celebrated the opportunity to play on another state stage, but this time returning to their roots on the outdoor stage.

"We have a great outdoor program, we have seven outdoor rinks here right at Hermantown" head coach Patrick Andrews explained. "Our kids are used to playing outside, but to take that onto a much bigger stage and have an actual game outside with thousands of people there is going to be really cool."

"We have a culture outside, we always grew up outside rink ratting and all that stuff," senior forward Wyatt Carlson shared. "We have a little bit of experience so hopefully we come out on top."

The 2022 Class A state champion Hawks are set to face-off against 2020 state champions Mahtomedi January 28th in White Bear Township.

"They’re a pretty big rival for us," explained senior forward Matt Kauppinen. "We lost to them in the 2020 state championship, so get some revenge on them this time." On playing outside he added, "right here we have all the outdoor rinks, we’re out there all the time, it will be fun." 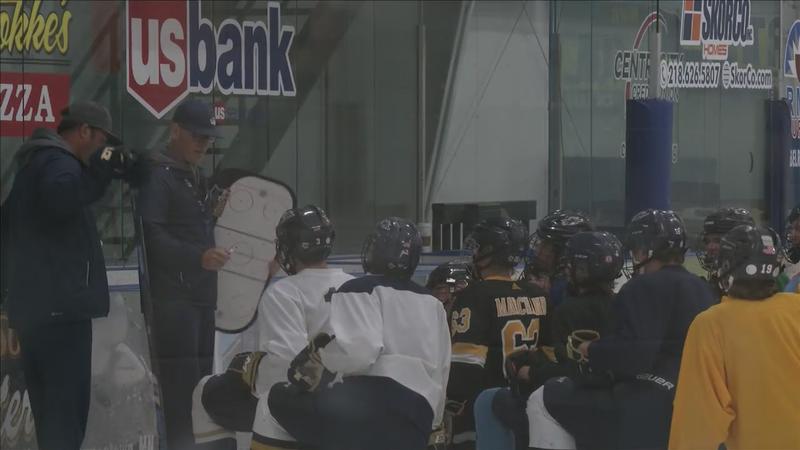 This will mark Hermantown’s first time participating in Hockey Day since hosting the event in 2010.