After almost half their season has gone by the Hermantown Hawks were finally able to throw the first pitch on their own field Monday.

The team played host to the Hibbing Bluejackets, who were up 2-0 early.

Hermantown however would battle back as Wyatt Carlson would tack on two RBI’s in the third making the score 6-2.

As the Hawks won their home opener 14-4. 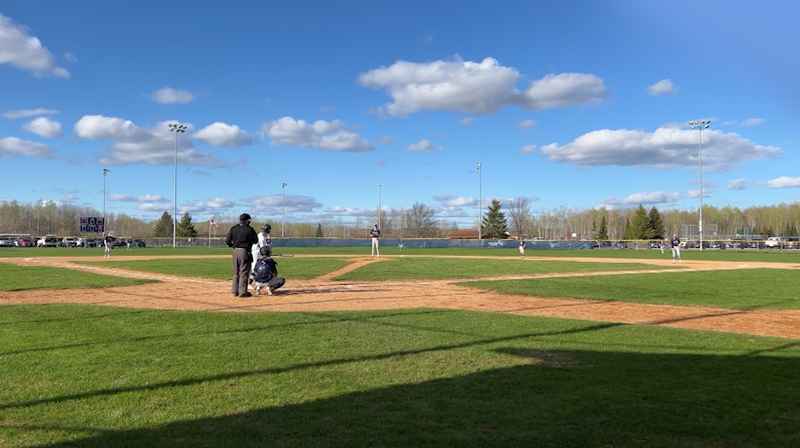