In 2019 Troumbly scored the game winning goal in overtime over Mahtomedi in the Class A boy’s hockey state semifinals to lift the Raiders to their first title game since 1992. Now, two seasons removed from high school, he’ll become part of a new hockey legacy joining the Vikings first ever men’s hockey team.

"I knew Garrett Raboin, he’s a great coach, a great guy," Troumbly said about the Vikings head coach. "Then when I went down there and looked at it [they have] great facilities, nice school. It’ll be a fun ride, start of something special. I think they’re going to have a great program."

Augustana’s inaugural program is set to hit the ice in the fall of 2023. In the meantime he plans to start school and continue training.

I’m honored to announce my commitment to play Division 1 hockey and further my education at Augustana University! A big thanks to everyone who has supported and helped me along the way. #AUHockey pic.twitter.com/cJjzJV7pMh

The forward spent most of the past two seasons skating for the North American Hockey League’s (NAHL) Bismarck Bobcats. In 45 games played this season he tallied 11 goals and 22 assists.

Troumbly was originally committed to play for St. Cloud State University, but said due to large returning numbers it became no longer an option. He’ll be joined in Sioux Falls by Grand Rapids alum Hunter Bischoff. 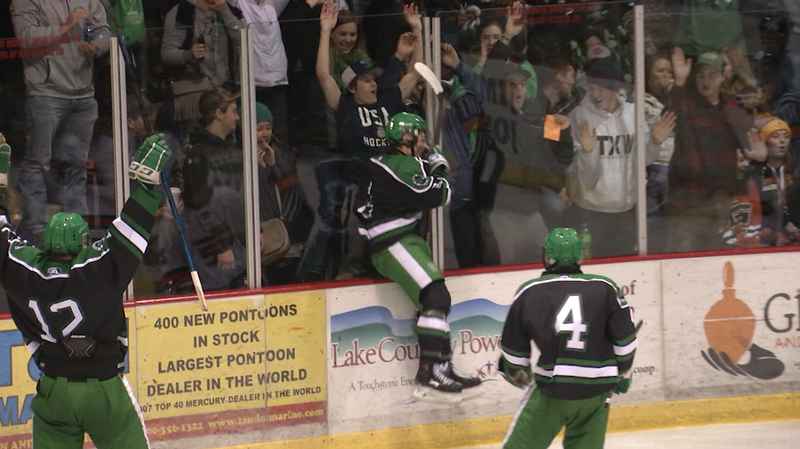