Dale Heffron loves football. The Grand Rapids native played it, and coached it. And is still coaching it in Ukraine.

He’s lived in the European country for three years, he said. When he went to renew his passport last month, he said he was denied over child support payments. He said when his passport was issued in 2012, he owed money then. But he set up a plan.

"I understand that child support payments should be made. When I found out, I signed a paper, so they could take it out of my Social Security until it’s paid," he told us over the phone.

He said he still owes around $1600 in Dakota County, and provided the paperwork from the county.

But he said embassy officials cited a regulation that says they can’t renew if he owes more than $2500. 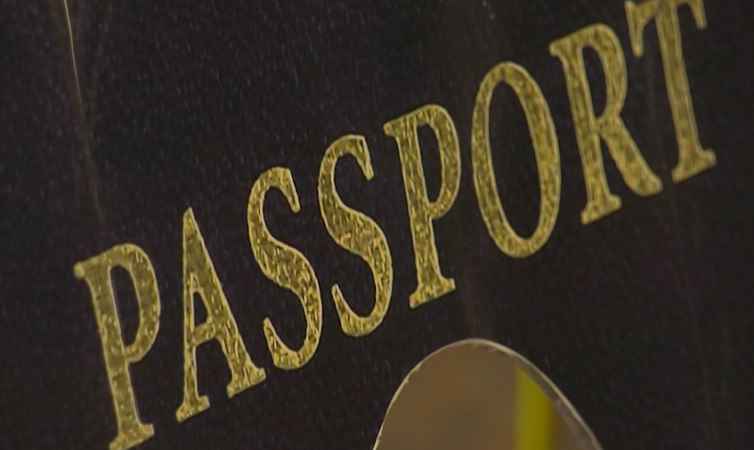 A Grand Rapids native said he can't get his passport renewed and he's trying to leave Ukraine.[WDIO]

On Monday, he received an email from the Minnesota Department of Human Services, which said he must pay the full $1600 to get his passport released. The email goes on to say, "Otherwise, you’ll need to contact the U.S. Embassy or Consulate officer in the Ukraine. If they determine an urgent need for you to return to the U.S., they will assist you in getting a direct, immediate return only to the U.S. without issuing release of your passport."

This wouldn’t be such a concern, except the rising threat of Russian invasion. "If it wasn’t for the Russians, I’d sit here and play the back and forth game," he added.

Heffron said the Embassy has been closed, and that he can’t reach anyone there. He’s not sure what he’ll do now. He has reached out to federal lawmakers. Congressman Stauber’s office said they can’t comment on cases due to privacy laws.

He is worried about some of his players, who have young kids and wives. And some of the reserves have been called up. "Some of my players are heading to the border with Belarus, and the Russian border," he said.

His wife has already evacuated to her home country of Germany.