Dale Heffron was trying to get out of Ukraine before the invasion. But now, the Grand Rapids native is staying put, and doing his part to help out. The football coach wants to make sure his players are doing OK.

On Tuesday, he helped deliver supplies to a hospital near Kiev.

"I’ve kind of taken on the role of finding bullet-proof vests and helmets from people in Germany and in America. And here in Vinnytsia, I’ve been feeding the dogs in the animal shelters and helping feed animals at the zoo," he told us.

They have power and water still, intermittently, and there is enough food for now.

"So far, Vinnytsia has been lucky. I have a 3 bedroom apartment, and so women and children have been spending the night and then catching a bus to get to the borders," Heffron added. 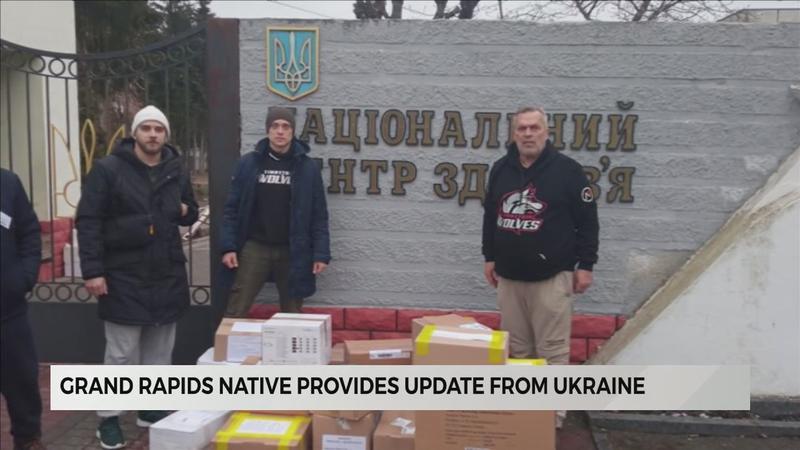 Dale Heffron says he is helping out during the Russian invasion.[Dale Heffron]

Gas is $8 a gallon, and many of the men don’t have vehicles any longer anyways, because the women took them as they fled.

"Ukraine was a beautiful country. And now it’s getting destroyed every day, a little more."